Medano Beach is THE tourist spot in Cabo San Lucas. Its beautiful, calm waters with buoyed out sections for swimming, and various locals renting anything from wave runners to banana boats to that little jet pack that lets you shoot in and out of the water like a dolphin, along with fishing rentals, and boats taking you over to Lover's and Pelicano Beach for rock jumping and snorkeling, make it the ultimate playground. 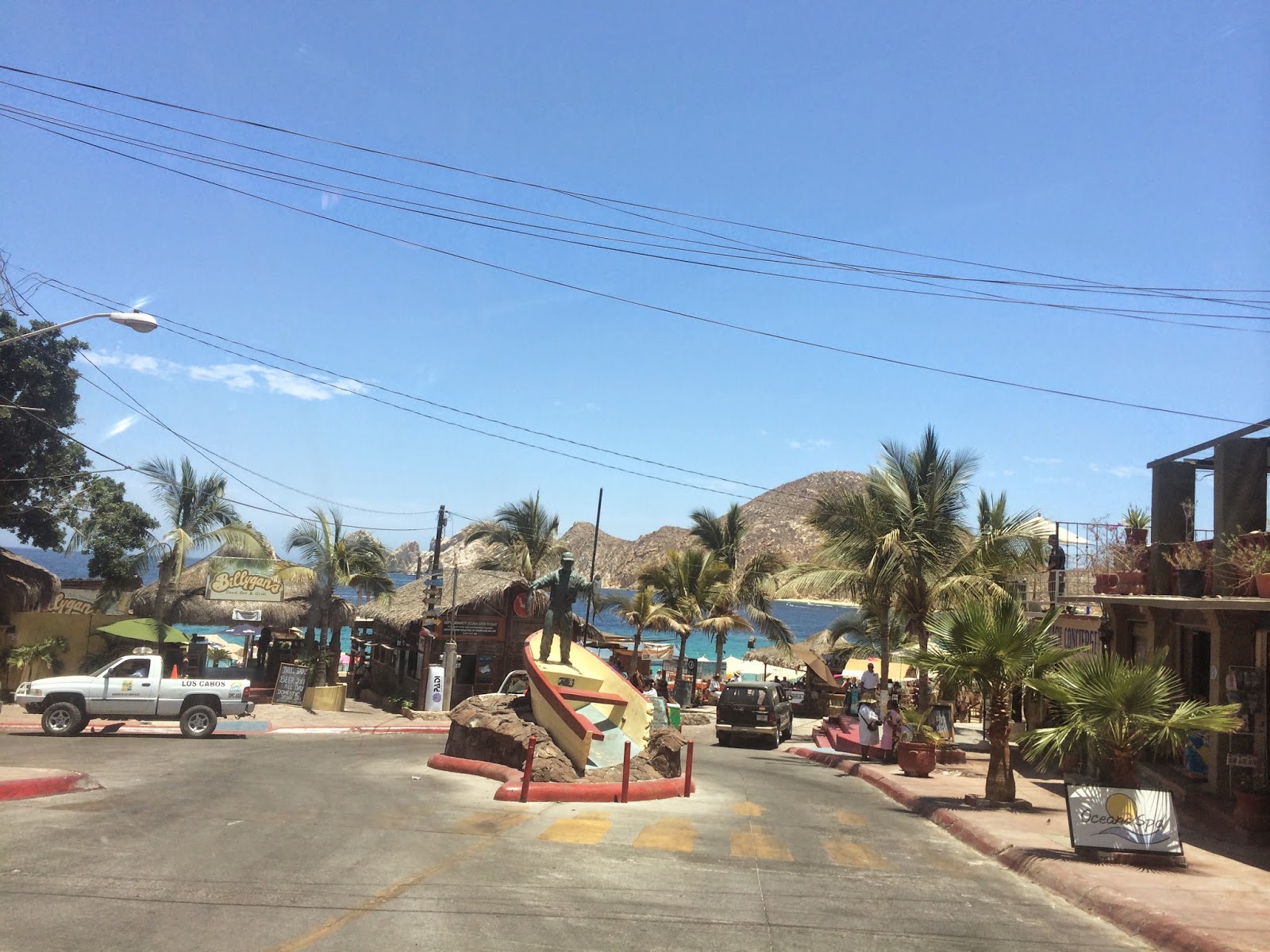 Fortunately, or unfortunately, it also lends itself to an endless Spring Break environment, with very drunk foreigners doing things you don't really want to watch, but kinda do- from their own one man/woman show, to partaking in the stage "contests" the locals happily and creatively put together to give them even more of an opportunity to shake their head during the next day's hangover. Some of these people are way past their high school and college years, which is kind of sad.

I am not a fan of crowds, but luckily at this time of the year it doesn't feel like a total rave, so it's actually quite entertaining to just sit down at any of the restaurants along the beach and get a free show as you eat.

When we arrived my brother and I planned on renting wave runners to visit the famous Arch by Pelicano & Lovers Beach. Over the years, due to safety, they've reduced access to the Arch other than via boat rental. So we decided to get a cheap little boat taking us to Pelicano Beach where we would spend an hour and a half (more than enough IMO), snorkeling and jumping off rock formations, and walking/swimming/hiking rocks over to the adjacent beach and also to the Pacific side where the sea gets a lot more blue and scary. It was awesome!! 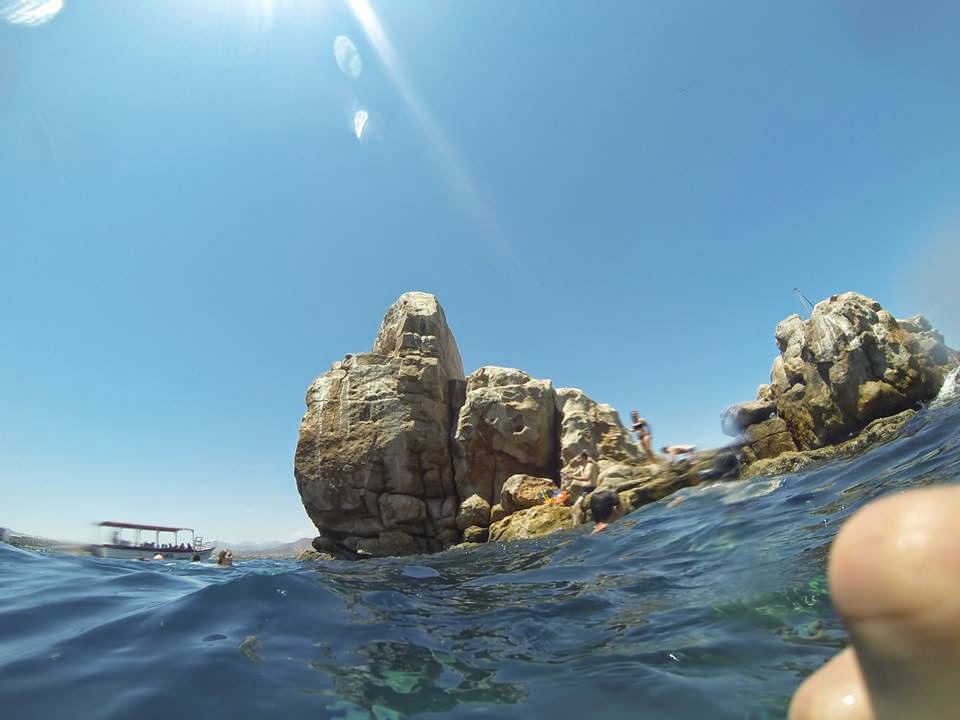 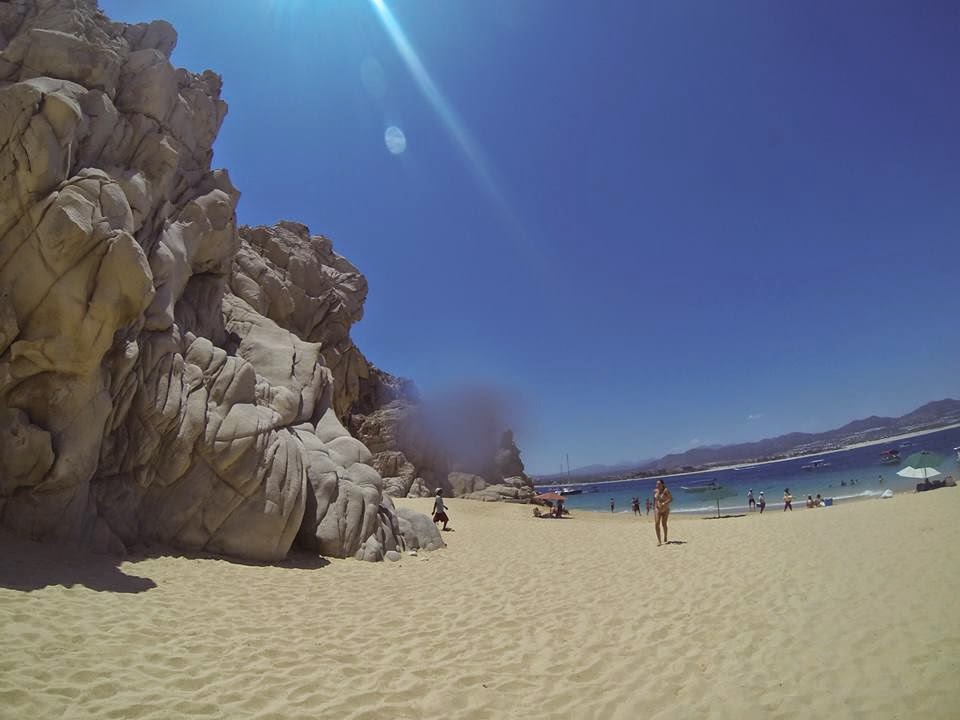 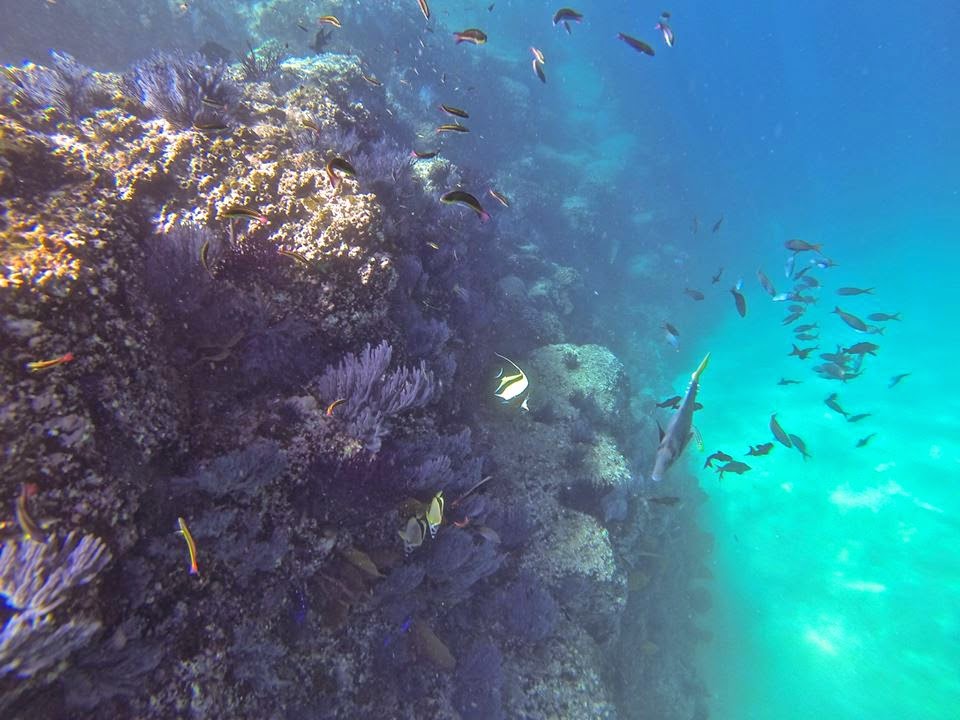 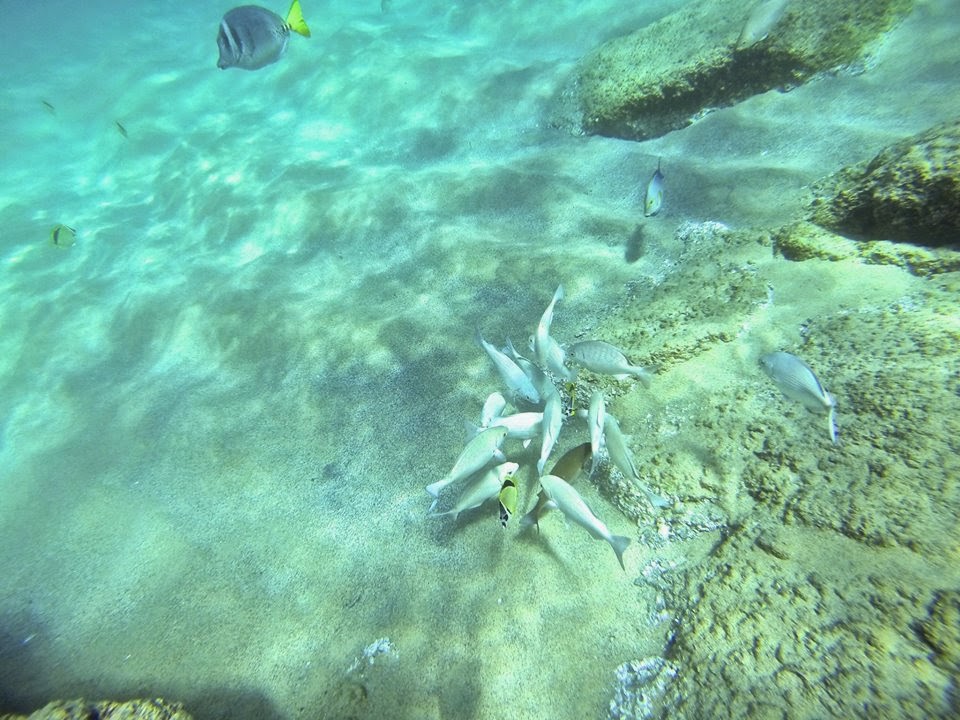 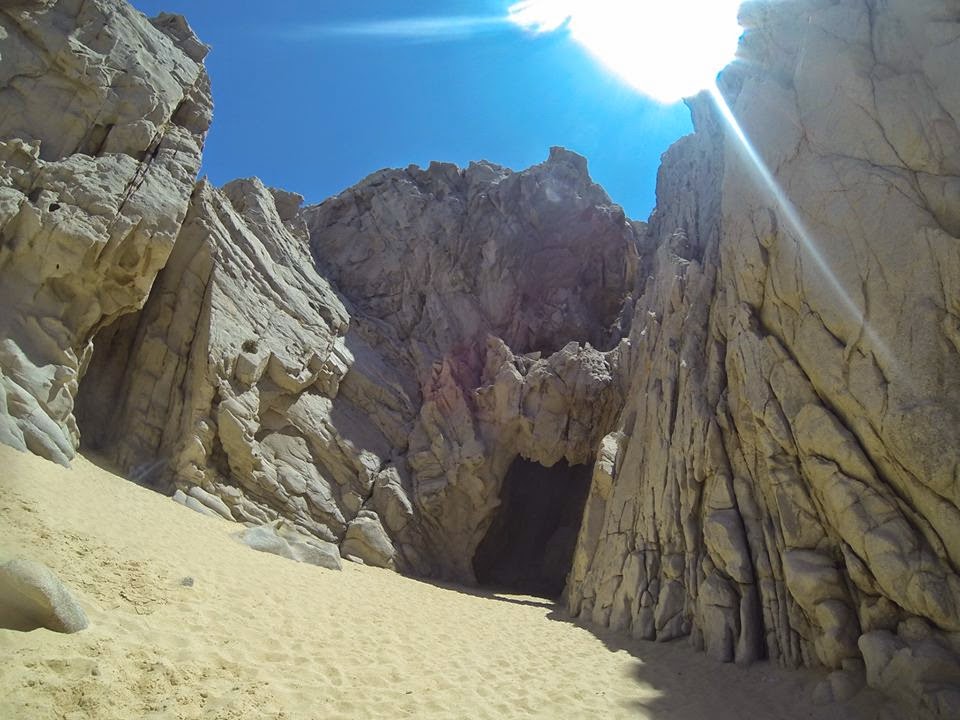 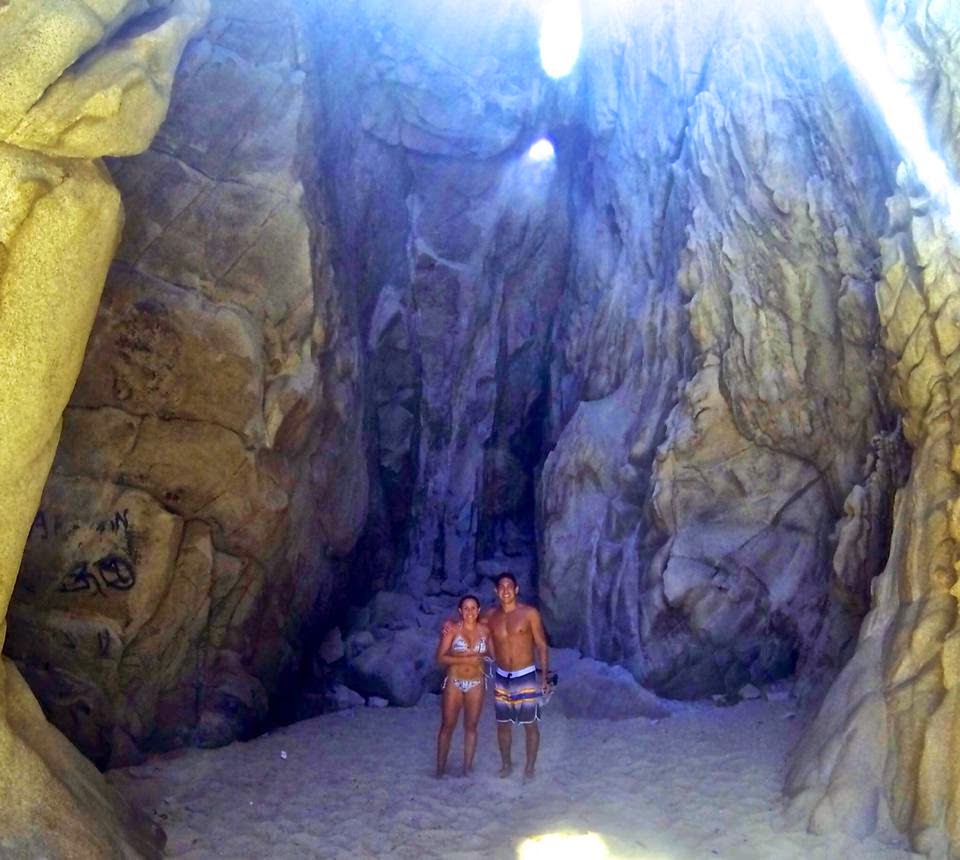 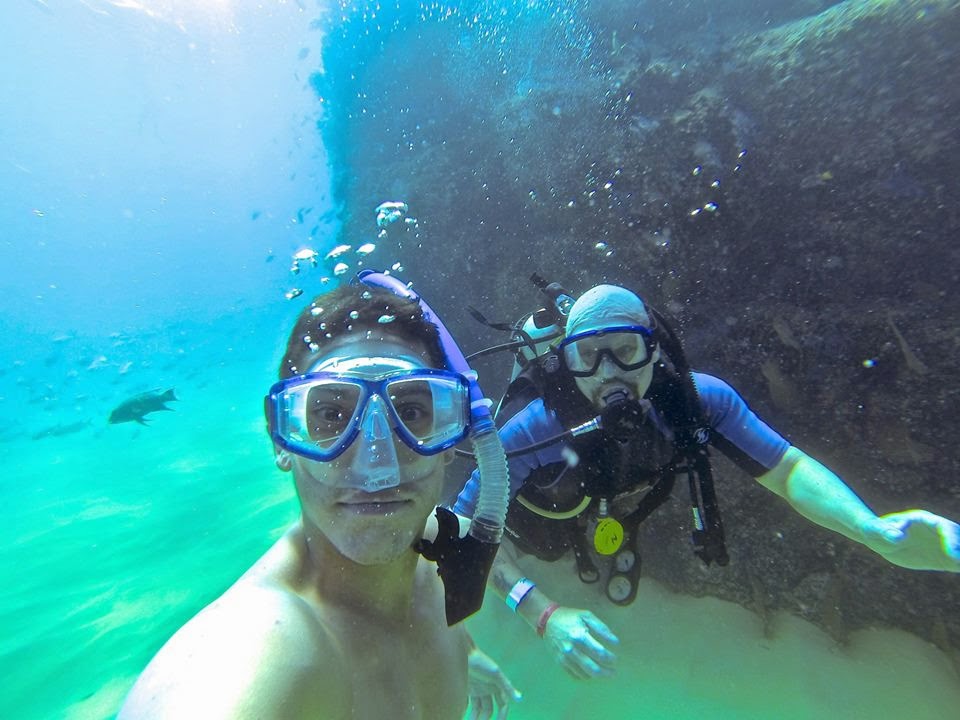 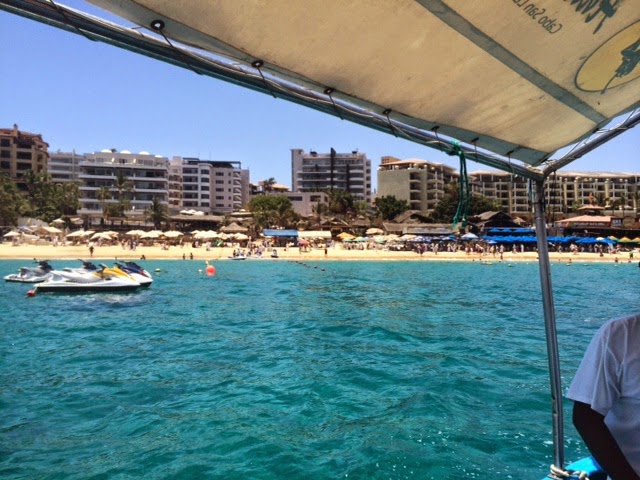 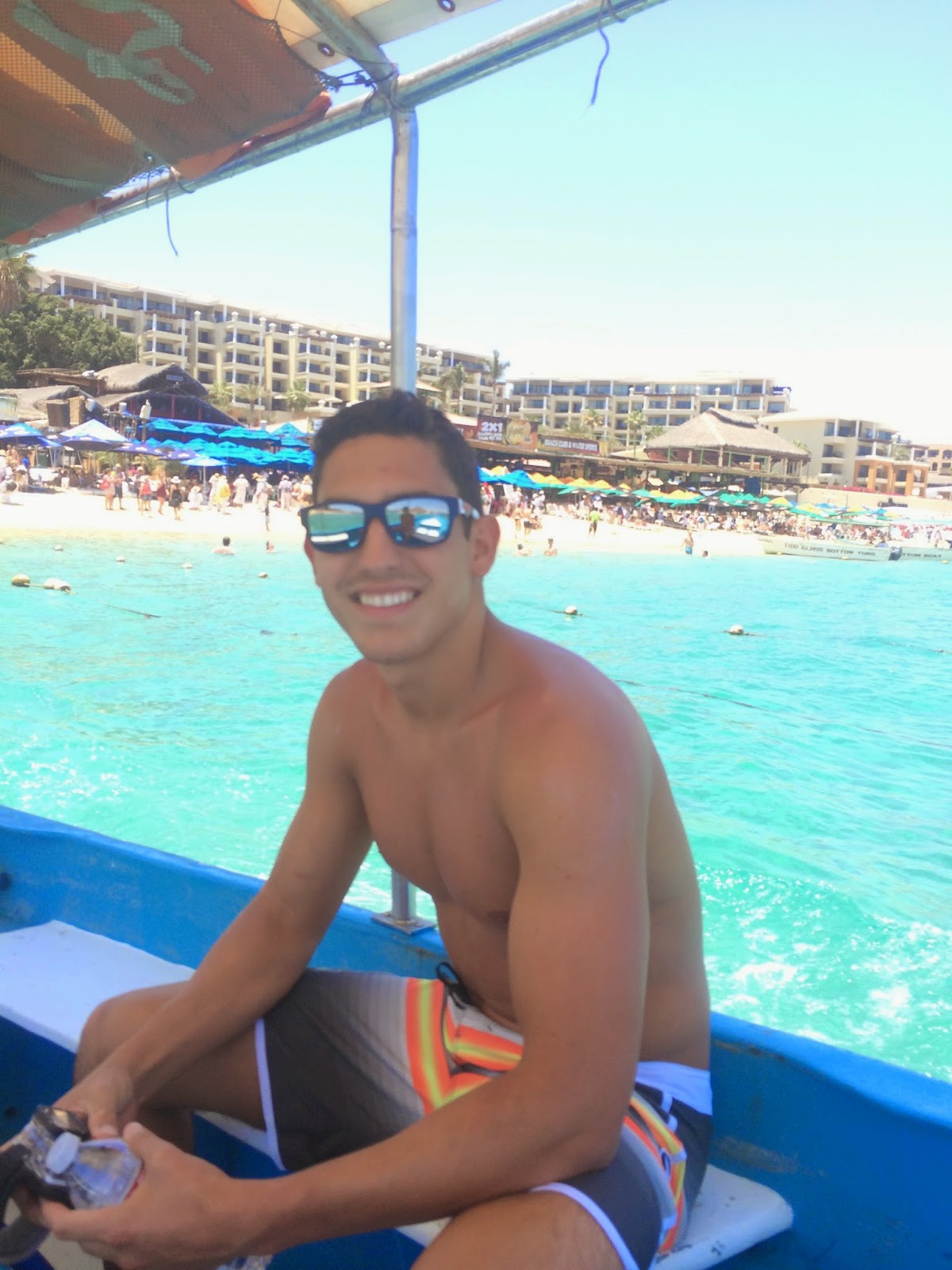 My brother took some really cool pics and videos with his go pro, we swam a ton, and at one point this guy came out with huge oysters (which they were shucking and serving as fresh as they can get right there on the beach) and a baby octopus fell out of his net! We got to hold the little guy- such a cool feeling!- and then put it back in the water, where it literally disappeared at the blink of an eye. I saw something on Discovery Channel recently that said Octopi are one of the most sensitive/loving creatures! :)! I'd get a pet octopus tomorrow if I could. Confession: I also love to eat them which makes me feel like an awful person. 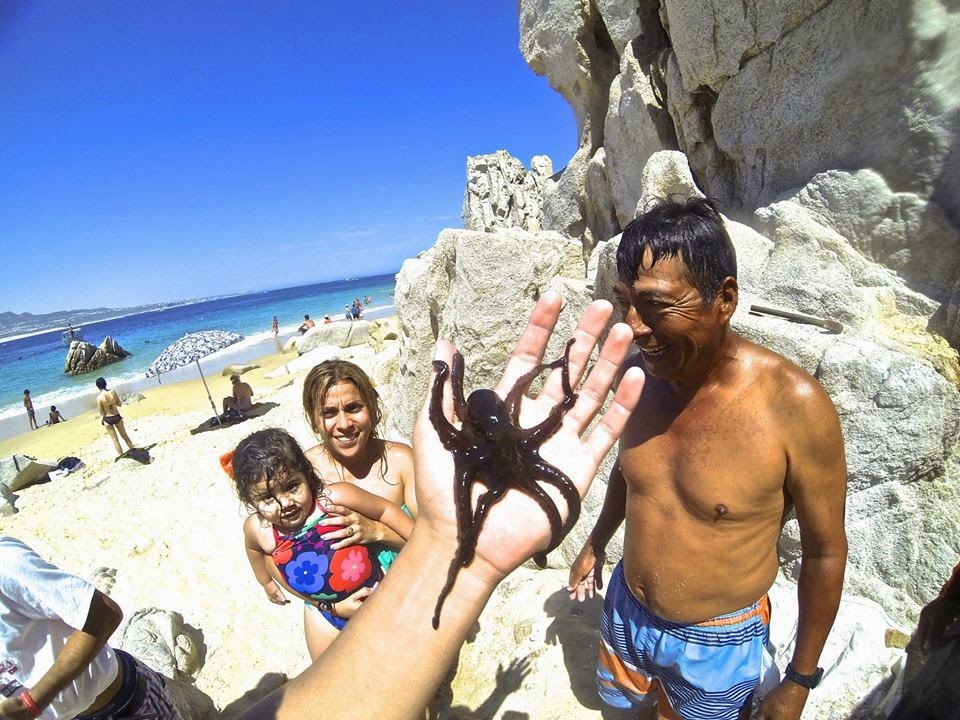 When our boat guy came back, he took us and a couple from LA over to the Arch, and a big rock that had a ton of seals. 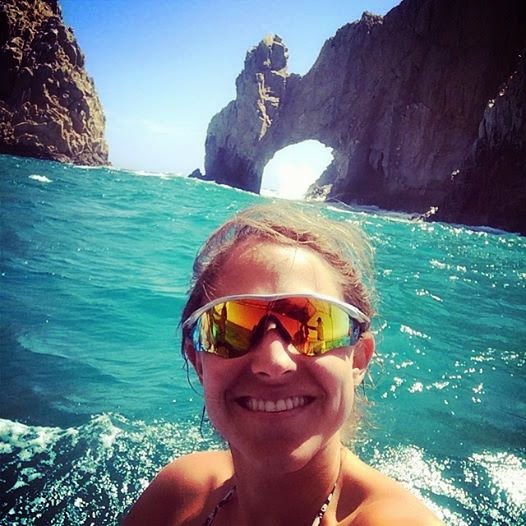 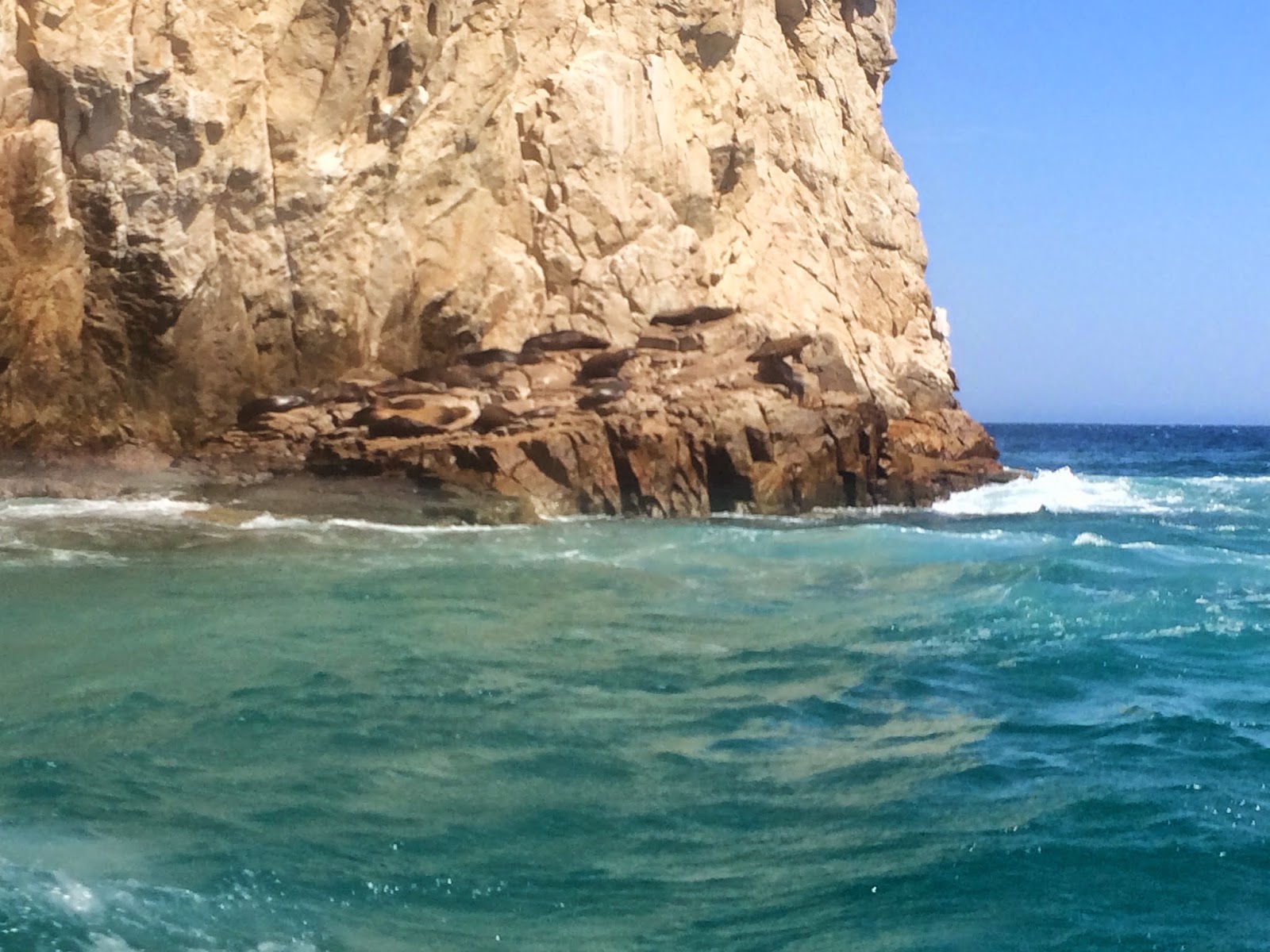 Back on land, we found my parents who had not realized exactly where we were and decided to bring down from the car bags with our valuables - sunglasses, quite a bit of cash, clean/dry clothes, etc so they didn't get in the water at all, and had instead eaten some clams and oysters while getting overly entertained by Mango Deck's "pop a balloon on the other person" contest. I was dying, DYING, of laughter at my mom's comments and faces about what those girls were doing. My dad was kind of just sitting in disbelief- careful of what he could potentially comment, LOL. 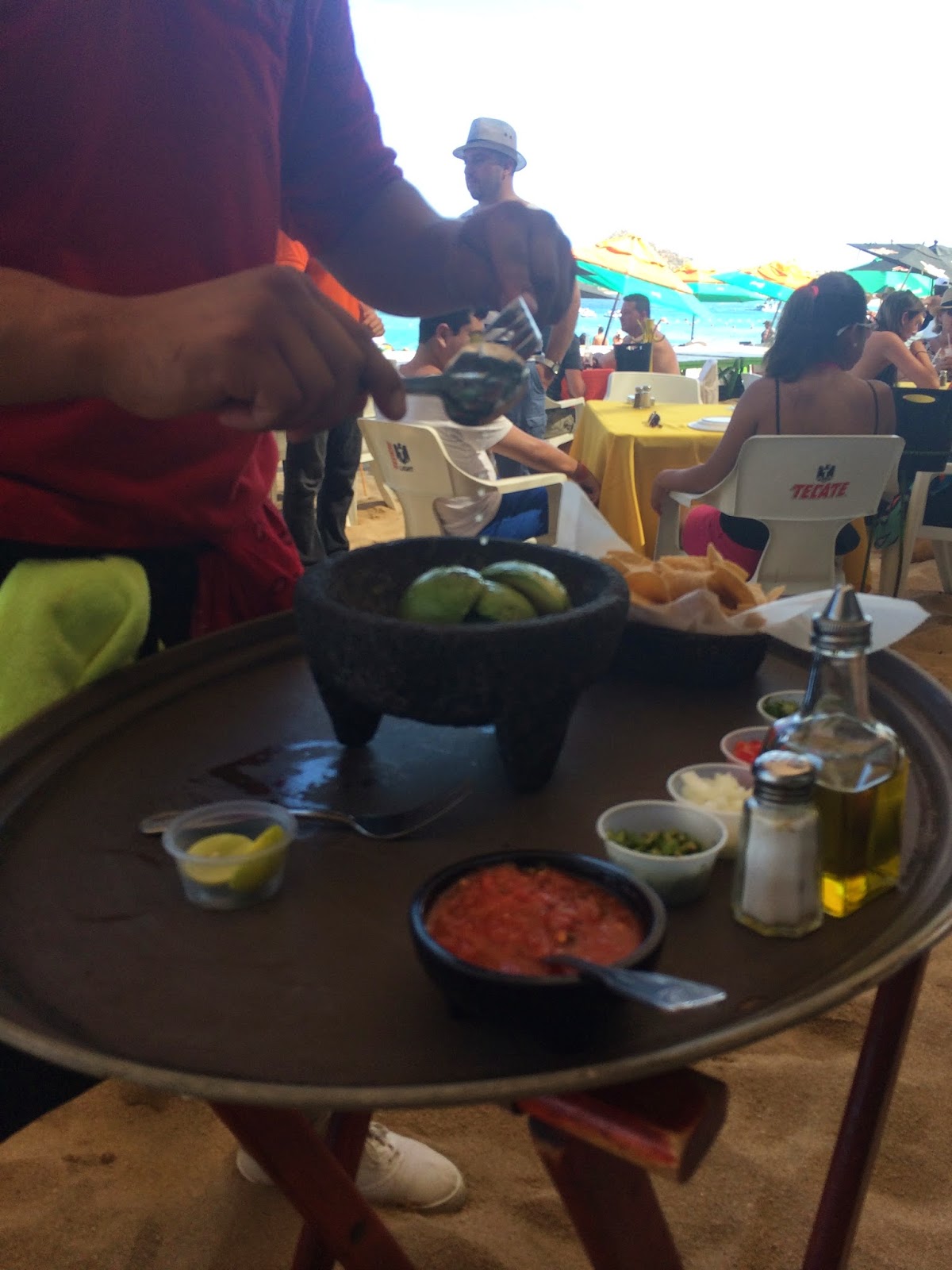 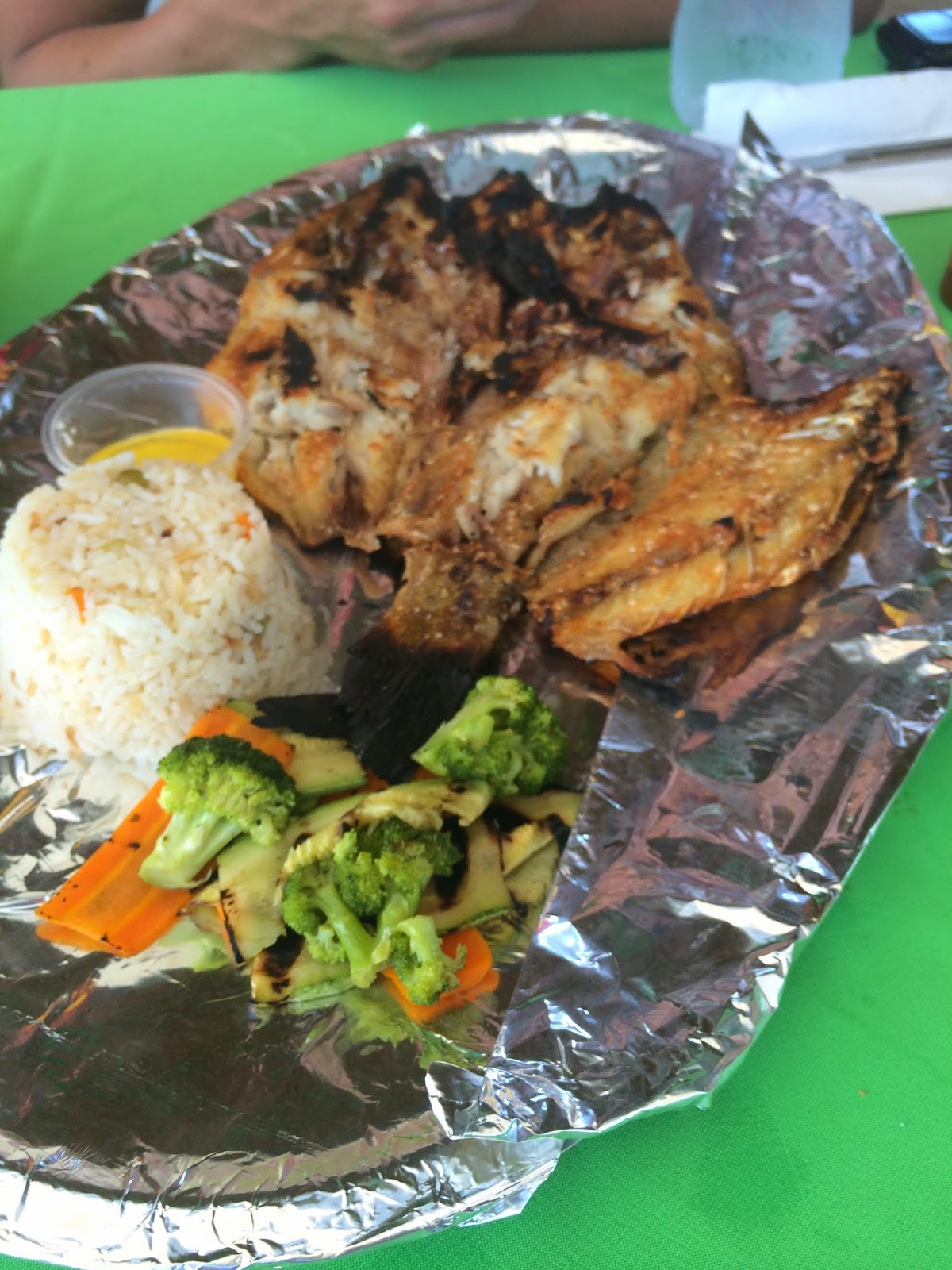 Daniel and I were starving so we made them sit through some more Pit Bull and Kesha, and this time we actually got a very cool breakdance by some local dudes that were LEGIT. One guy was doing some sick moves with a chair in his legs! 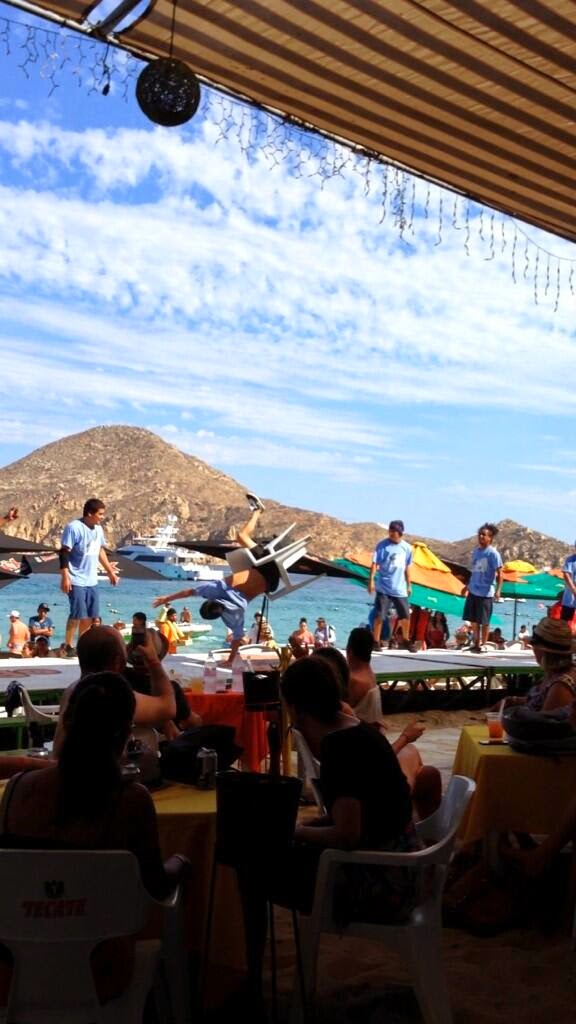 It had been a long day and back at home we spent the evening just lounging around.

Yesterday it had rained all night (shocker!) and sporadically continued throughout the day so my mom and I agreed it was the perfect time to go get my IFE which is essentially Mexico's main ID and voting card, and which I need to register in the MLS and to get my drivers license. We drove to San Jose and were humorously surprised to find that the IFE office looked like this: I love a little town :) 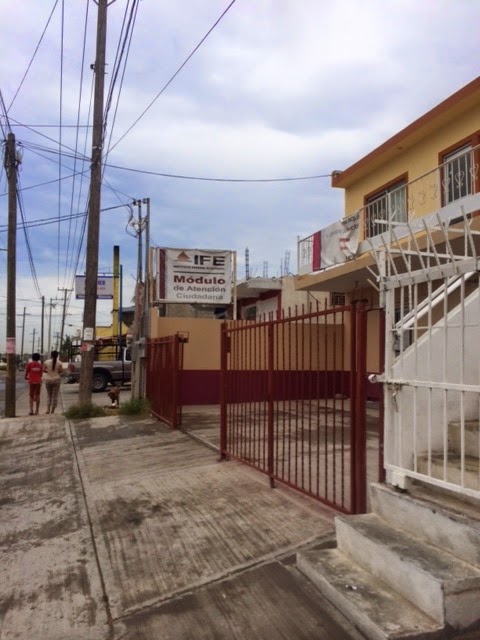 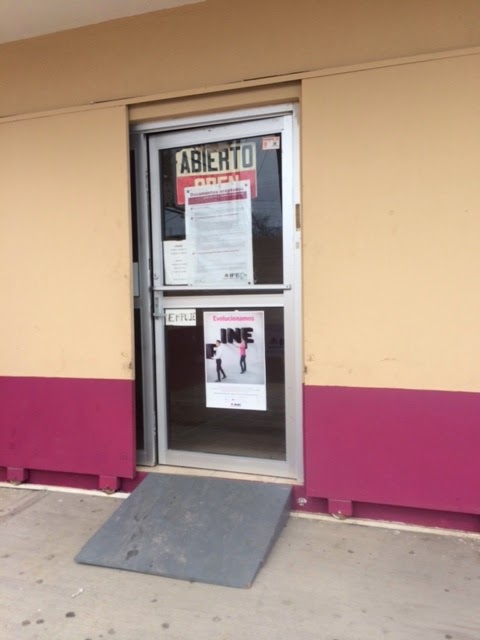 After surviving the nightmare that is any type of government process in the US- Social Security, DMV, Passports, you name it...I couldn't have been more grateful to walk in with my passport, proof of address, a witness (my mom), and birth certificate, and walk out with my IFE in 10mins.

Even better was the drivers license- you go in, with your IFE, blood type, and national civil registry code, pay a small fee and you're a licensed driver! 10mins. I can already hear my American friends "but that's why driving in Mexico is dangerous" and blah blah blah. Frankly, no. It can be dangerous and intimidating because of a cultural characteristic of Mexicans: they/we are accustomed to not yielding to anyone and all traffic signs are merely taken as suggestions rather than law. The mindset is I'm on the road to get where I want and I won't tolerate others that are day dreaming or simply getting in my way. But it's more of a case in a packed city like Mexico City. Here, people aren't aggressive drivers like that- and it's fantastic how they actually know how to properly use the left lane! I could argue that Mexicans are great drivers, with very tuned reflexes- think of a NY taxi;)

What was funny was realizing how I don't really fit in anywhere. In the US the DMV and such were always a headache because I'd get grilled about how I am in the country, "let me look you up in the homeland security system", etc etc and the questioning as if I were on trial would take hours. In Mexico, at 26 I've never been registered in anything nor had a voters card, and I don't look obviously Mexican so even with my passport right in front of their face they were like "are you a foreigner?" "why have you never had an IFE or DL?". I feel like neither of them ever believe me.

Anyhow, with the rain lowering the temperature, we enjoyed the evening at the weekly San Jose Art Walk. I much prefer San Jose over Cabo. It is the old/historic town and while it can still be touristy, it lacks the night club, marina, spring break scene that Cabo has, which makes it more peaceful and cultural. My great aunt and her husband joined us and we walked the little streets and visited a few of the art galleries and jewelry shops- many btw, owned by Americans who now call Cabo/San Jose their home- and then had a lovely dinner. My ideal night out. Tuesdays they have tastings, and Saturdays local music...so every day of the week San Jose brings something new and lively for locals and visitors alike. 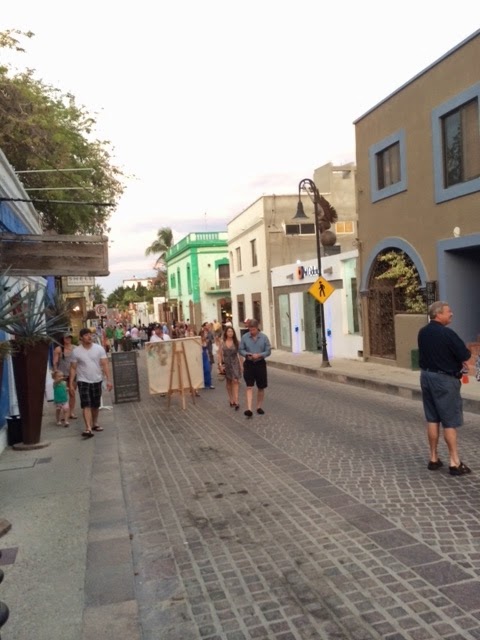 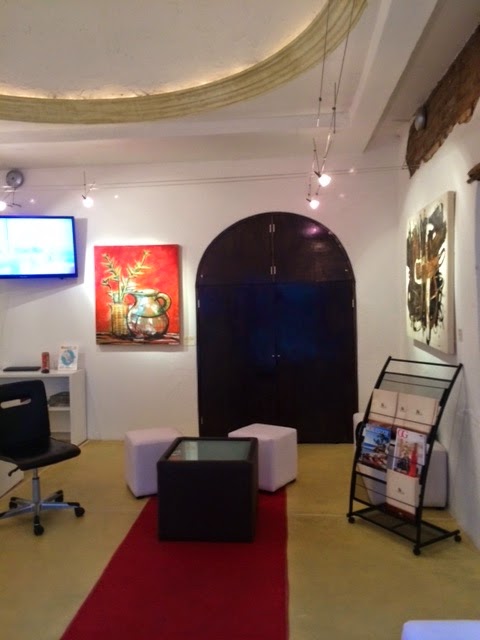 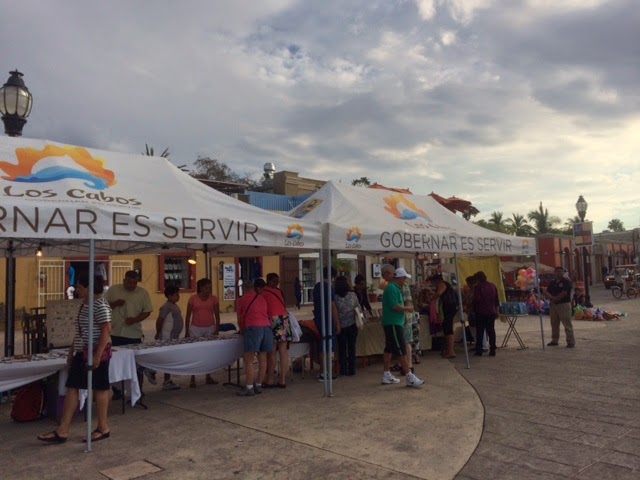 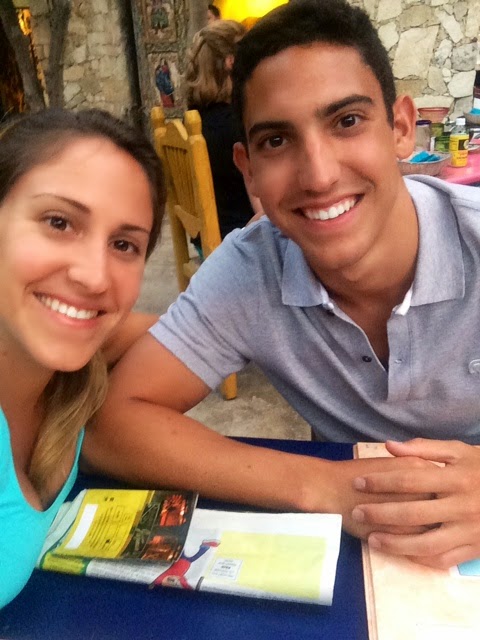 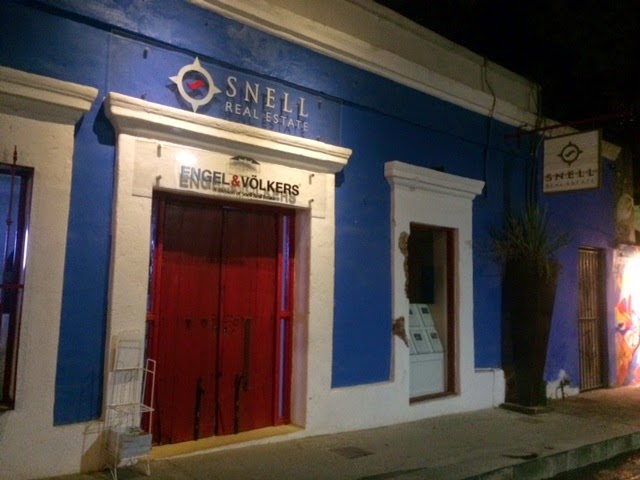 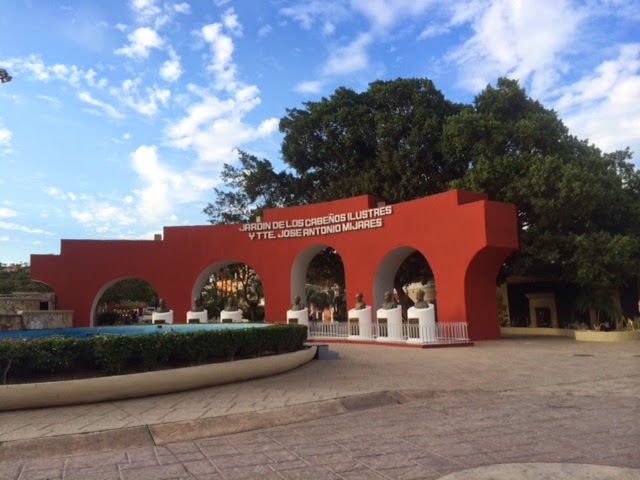 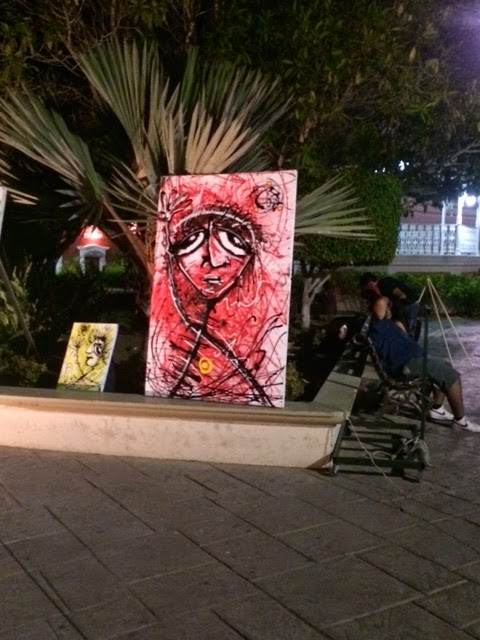 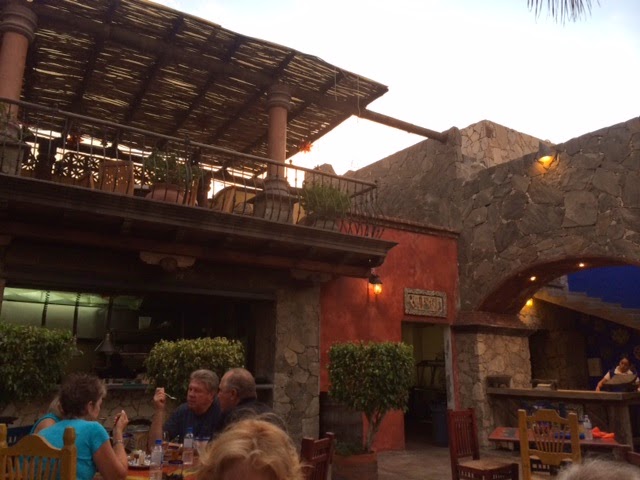 As soon as the sun came up this morning, I headed out for a ride, and again saw a few others out on their bikes, including the guy from the Specialized bike shop in San Jose who was headed for a swim with two friends at Palmilla Beach.

We went to Palmilla Thursday but they told us there's a bunch of Man O' War jelly fish this time of year, so we didn't get in. However, we got to see fishermen filleting what I think were needlefish, and these cute pelicans were waiting in military formation to get a bite! 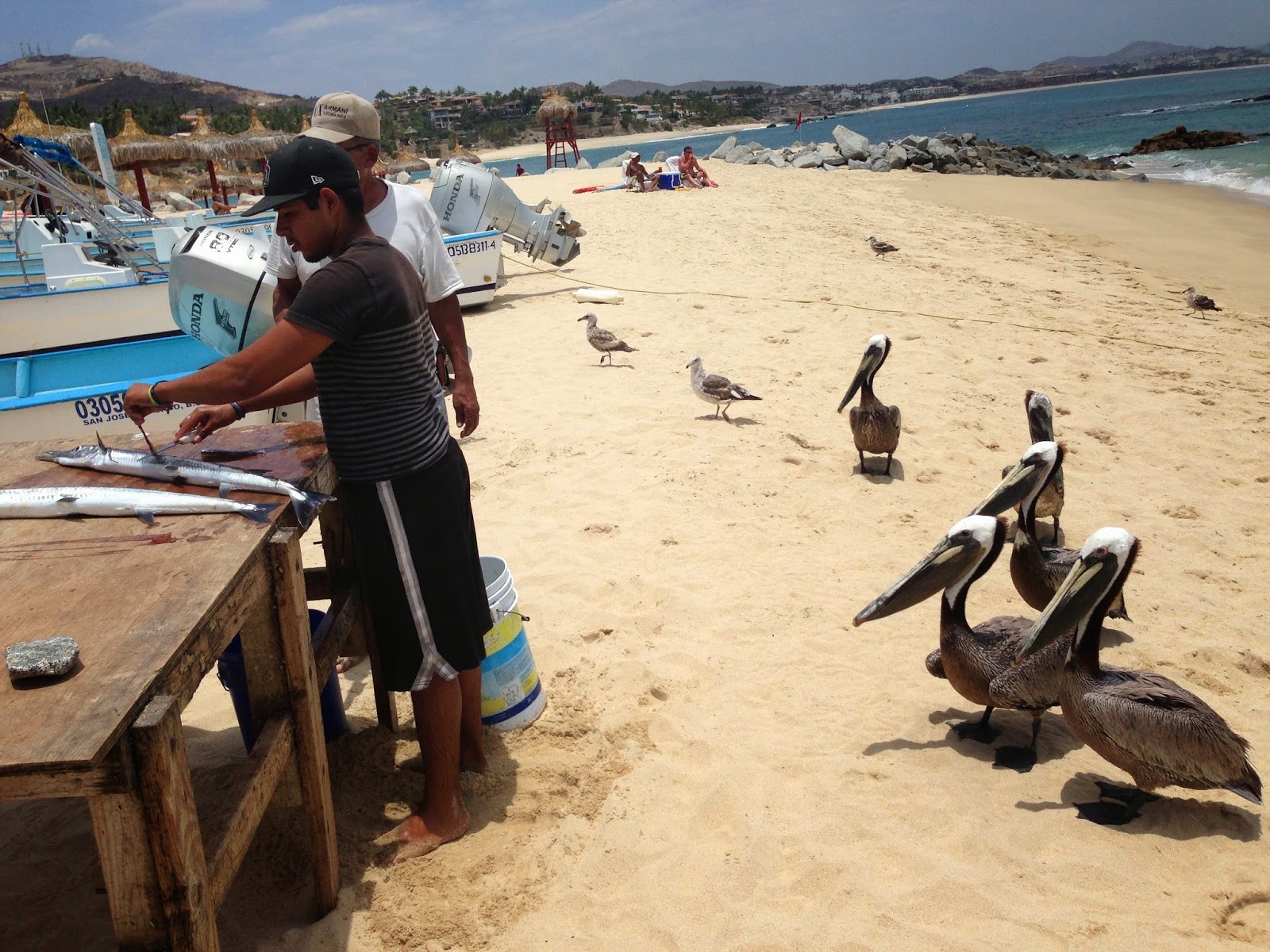 Today may be the day to take the family to Puerto Los Cabos and a lunch or early dinner at Flora Farms!