This was the third year for the Los Cabos Half Marathon  and it went from a couple hundred people to over 1000! From the expo/packet pick up to race day, everything was smooth and professional- a real top notch event.

The course is similar to the Ironman run, in beautiful historic San Jose, finishing on the main plaza in front of the church and surrounded by coffee shops, bars, and yummy restaurants.

Naturally, I ran supporting the TriCaboKidz Foundation which meant sponsoring a kid's entry, and getting a cool tshirt in return, which I proudly wore after the event:) 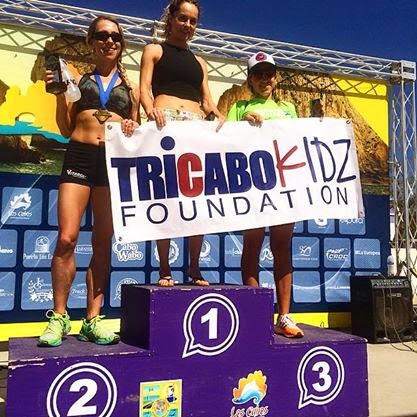 I saw a few friends race morning and found Miriam who I also raced in La Paz- she's a local stud that beats me up on the bike and run any time we get together haha. 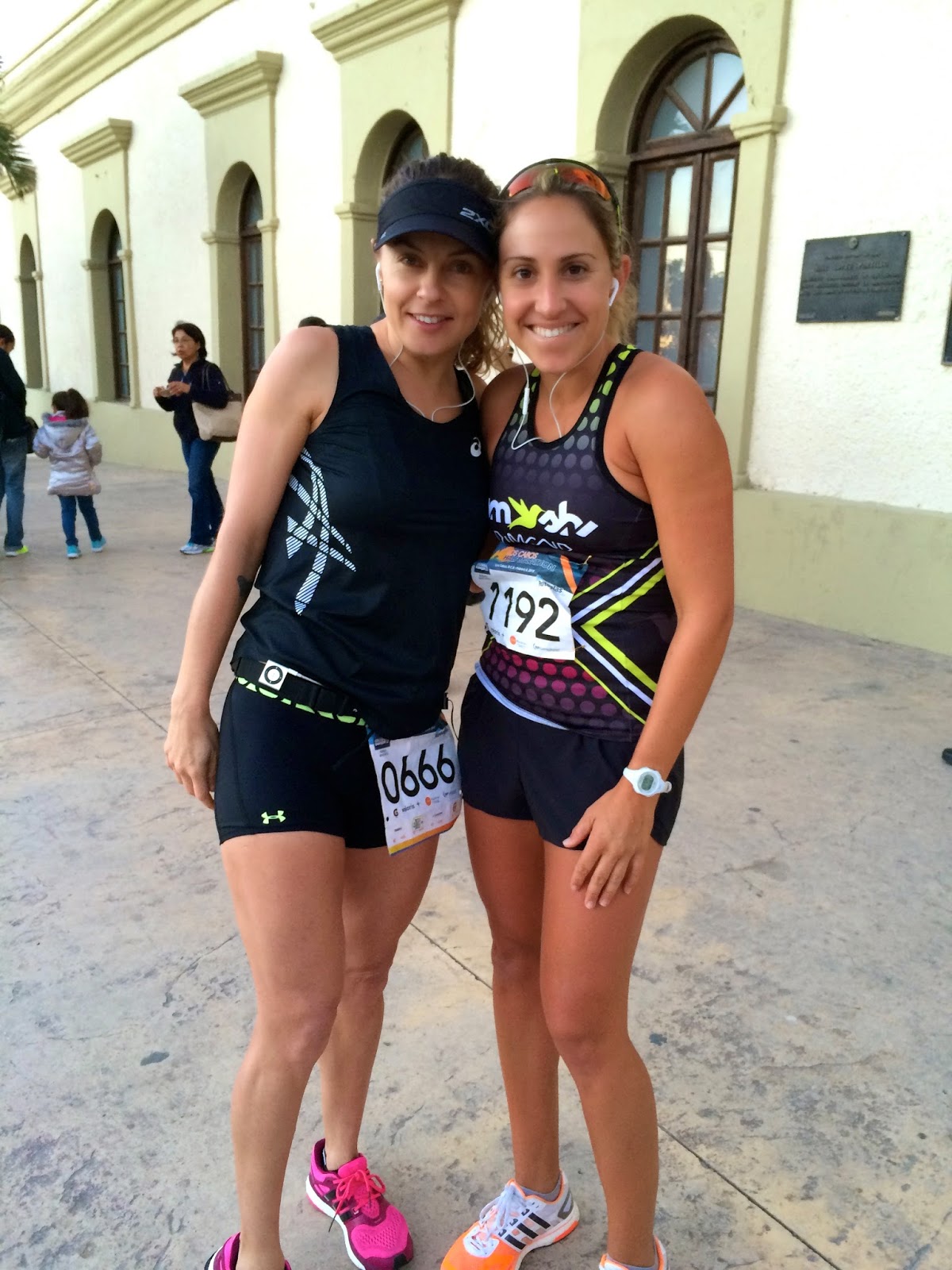 Training leading up to the half had gone great- it wasn't specific to this race obviously as I switched back into triathlon mode about a month ago, but I had banked some awesome runs (even marathon long ones for the supposed Carlsbad full) so I felt I was carrying solid run fitness. 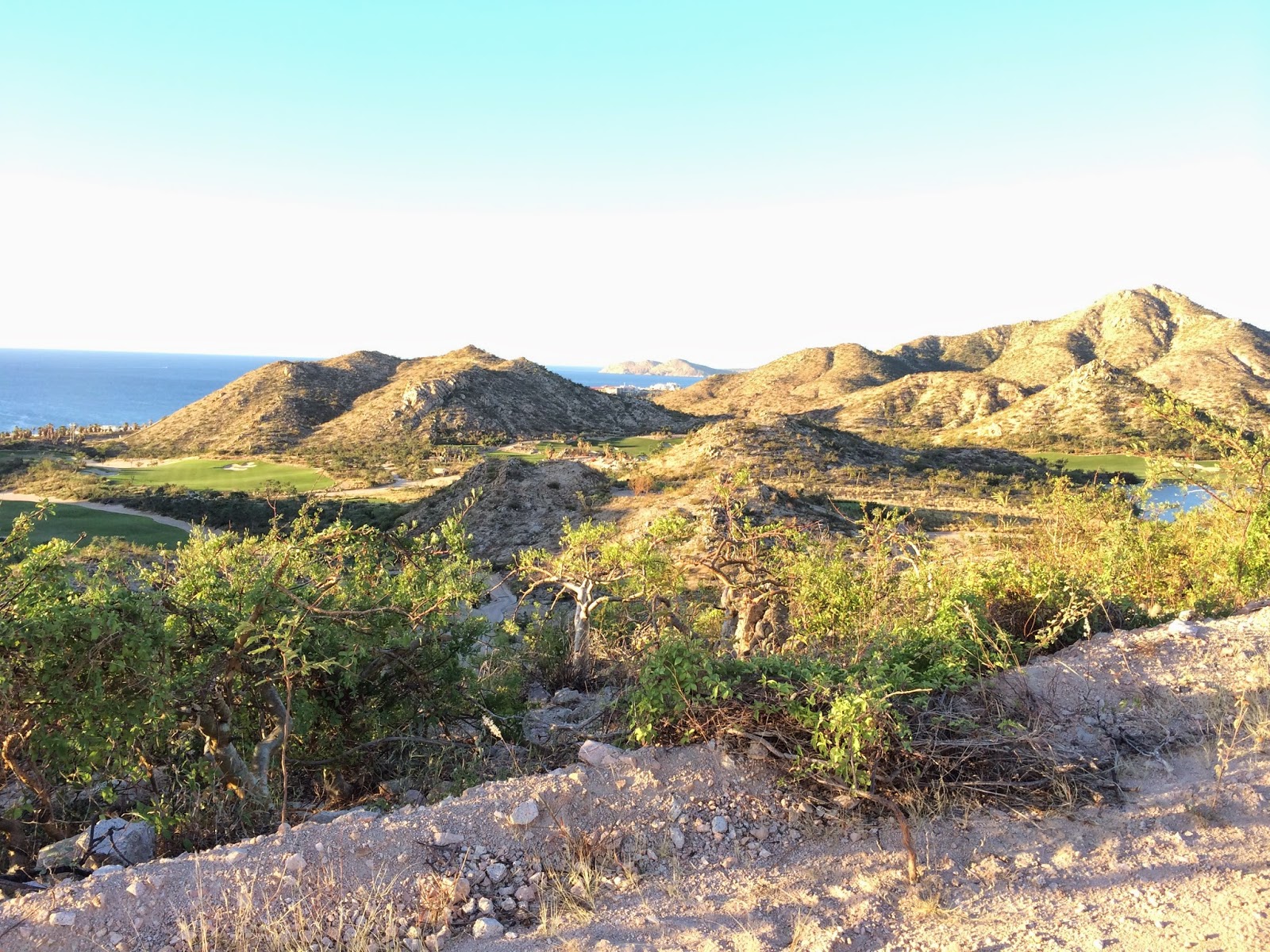 The course was awesome! It took us from the Plaza along the San Jose hotel corridor, over to the Mayan Beach Club, back and over the Puerto Los Cabos bridge, where the hills start into Fonatur then down to the Marina, some trails in the huerta/farm, back to the bridge again and a small out and back to the Plaza finish. 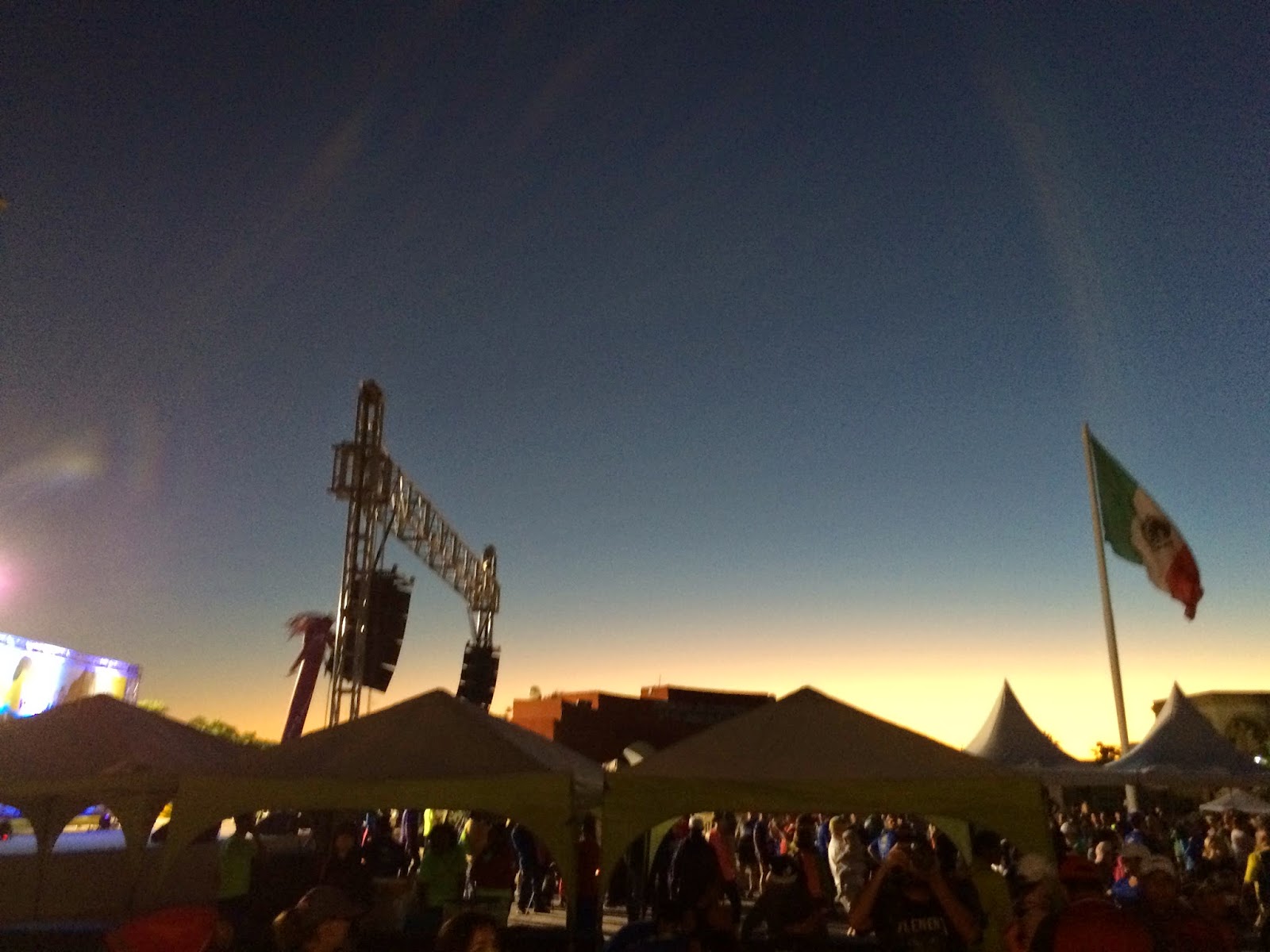 All along there were people cheering, awesome volunteers, clearly marked kms, and aid stations with gatorade and water. 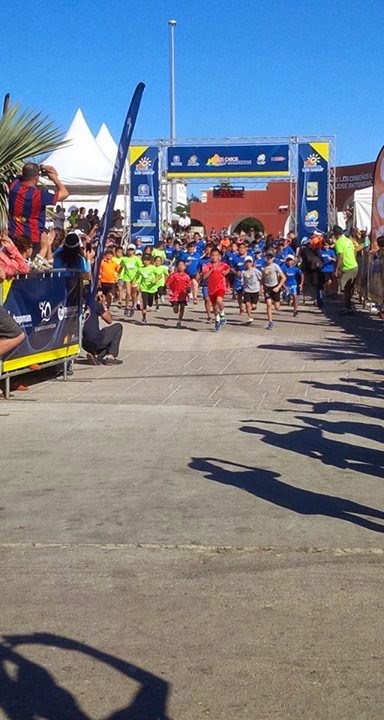 At the start I lined up next to Miriam and hung on through 3k, then dropped back a bit where I stayed within sight until the end, never able to catch up. Around km 18 another local, and also SoCal chick, Melissa, caught me and we played cat and mouse until 2km left and she snatched 2nd place a few seconds before me. 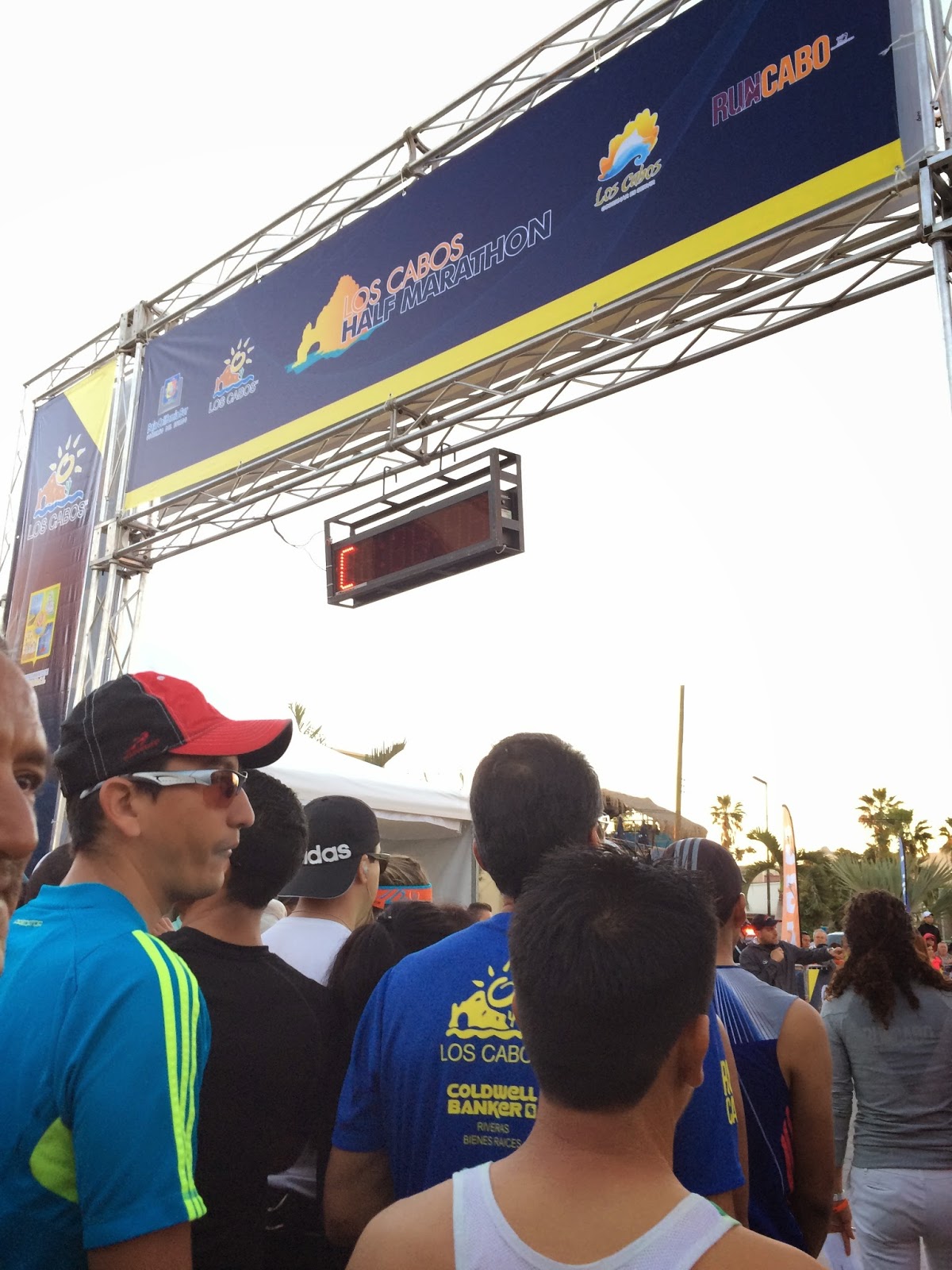 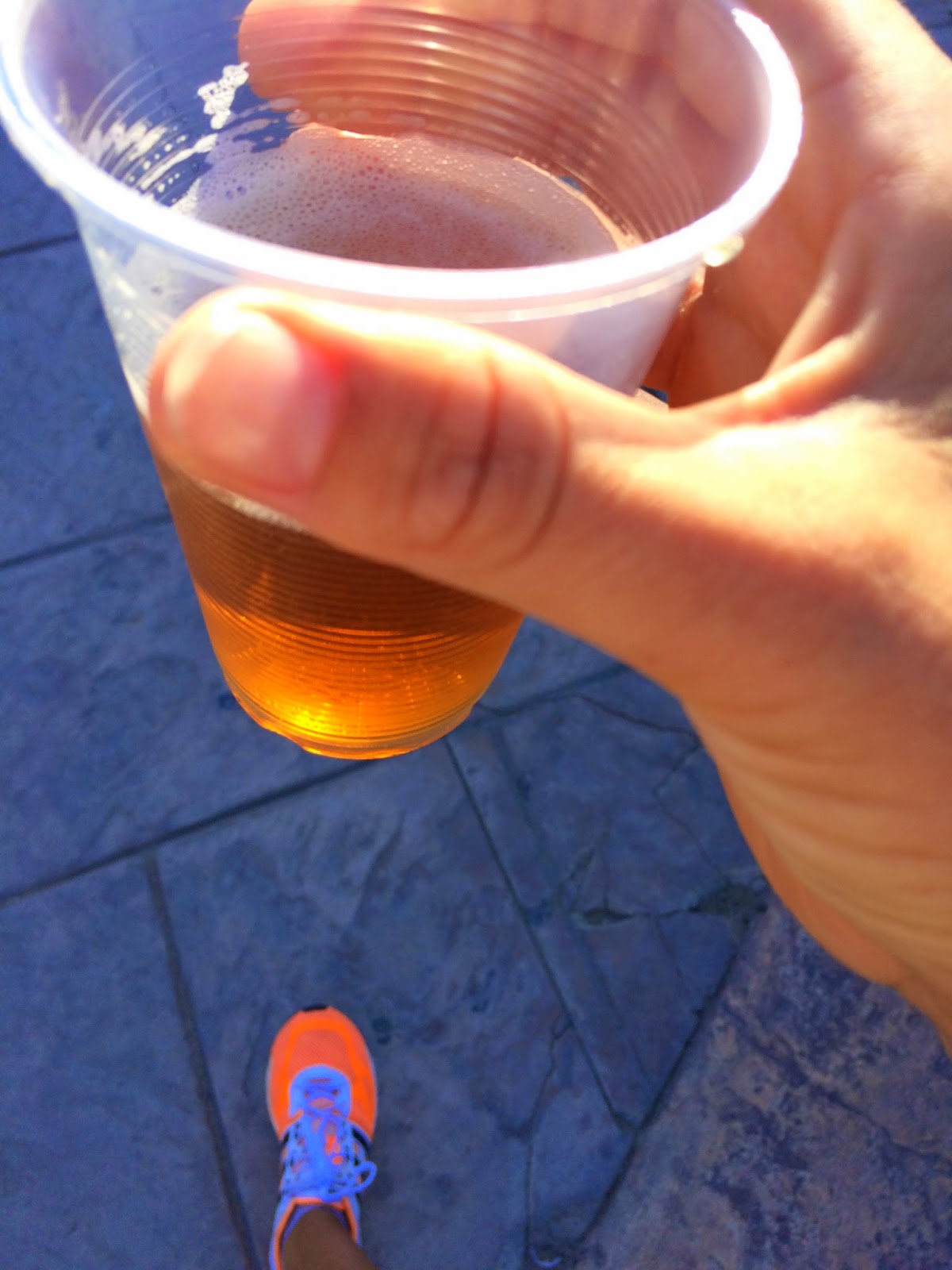 At the finish, I chugged some Baja Brewing Co beer, and then enjoyed a short walk over to Miriam's where we showered and then grabbed some foooood! Ive never rushed a buffet like that since awards were going to start, but Tropicana Inn is a must for the breakfast buffet- paella, delicious hashrbowns, and omelets, fresh juices.... 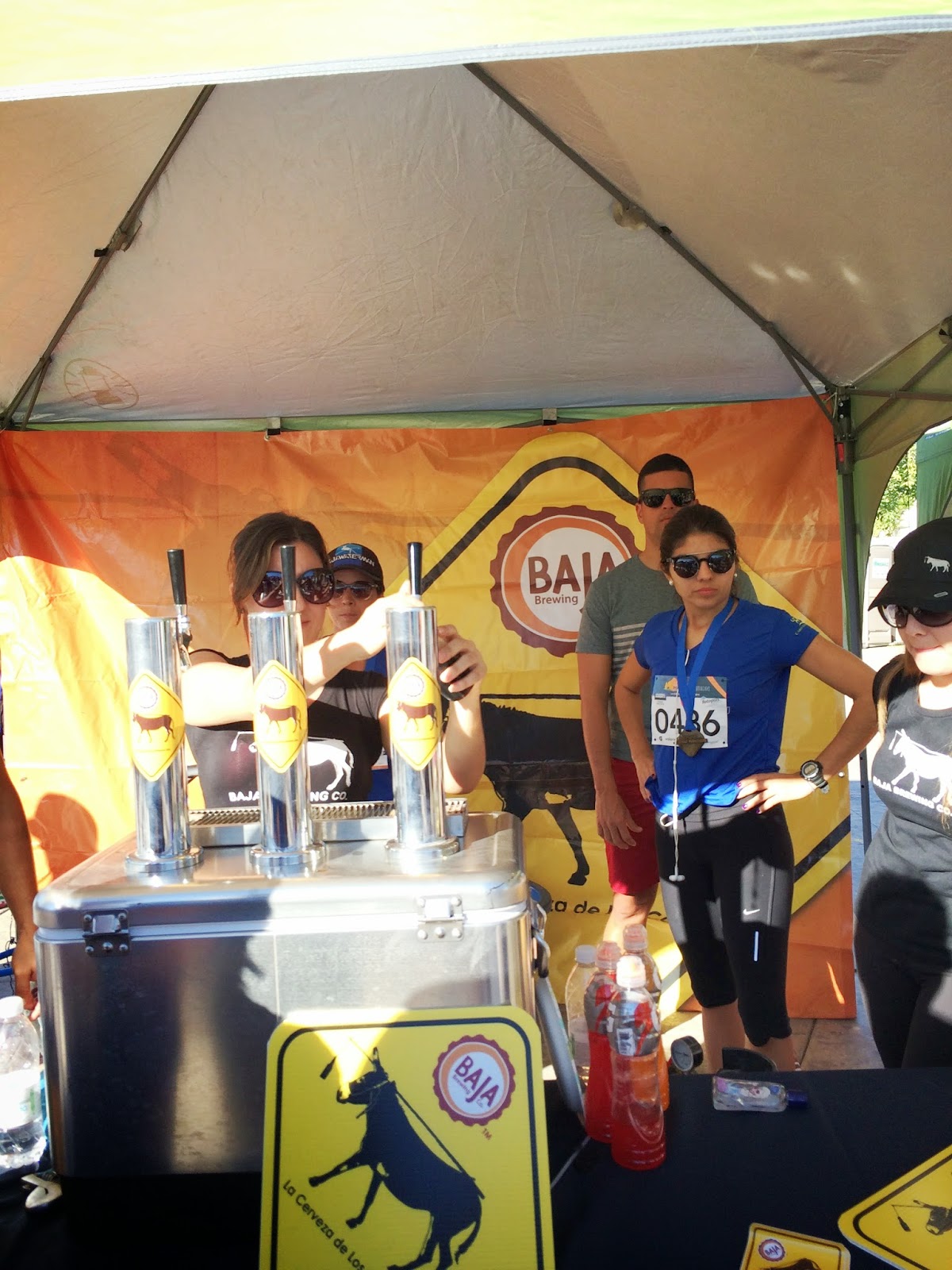 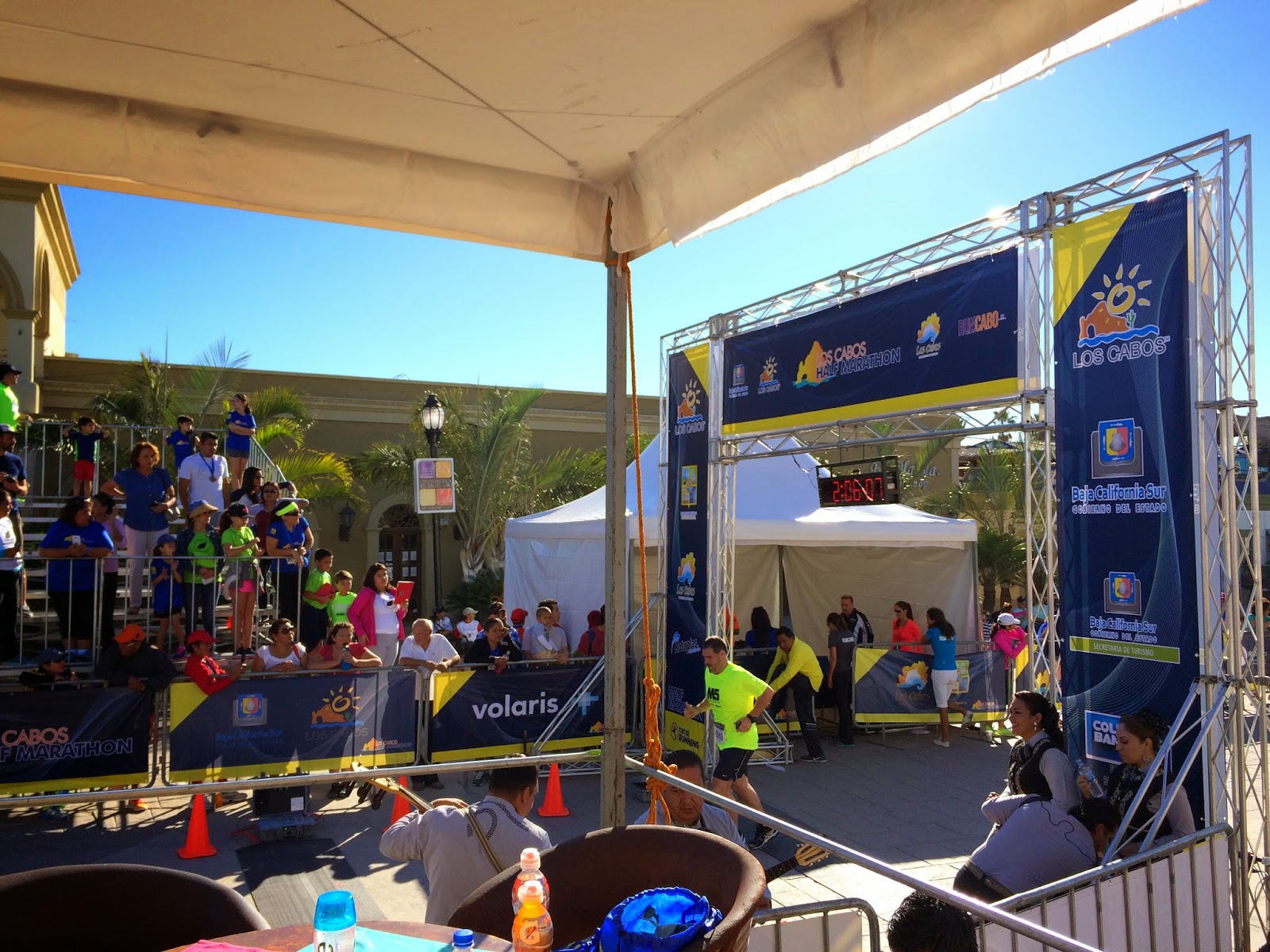 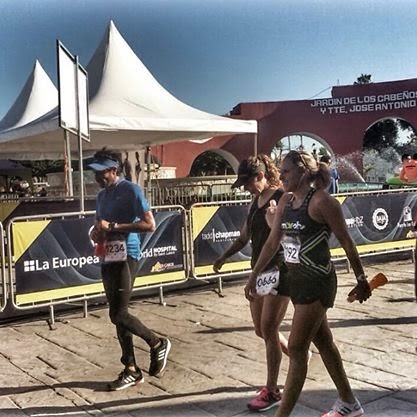 Half marathons are the best distance honestly- long enough but intense enough to give a quality fitness deposit, and so I'm thinking I'll go race the inaugural Rock N Roll Half Marathon at altitude in Mexico City March 15th. It sounds amazing since you start at sunset!! The post race party will be good ;)