This weekend was one of five Mexican Federation's age group qualifying races for the 2015 ITU Short Course Worlds in Chicago. It also included a draft legal race for Elite men and women that went off 20min before us.

Until yesterday, I had only done 2 Federation races- both in Ixtapa- but as an Elite in the draft legal category. There are 3 defining things about me as a triathlete: 1) the longer the race, the better I perform 2) I don't like draft legal 3) I seek out races according to temperature - HOT HOT HOT please!!

So hearing that the AG qualifier was non draft, that the bike had been lengthened to 48k (I think the main reason was to really separate us from the draft legal event on the course), and it was obviously going to be summer temps, I was immediately keen to sign up and give it a shot!

Last June I raced a half marathon in La Paz- all along the Malecon (stretch along the coast that's got a run/bike path and lined with restaurants, shops, and hotels), and into the Marina and Costa Baja golf course. Needless to say it was spectacular and I couldn't wait to do another race there. 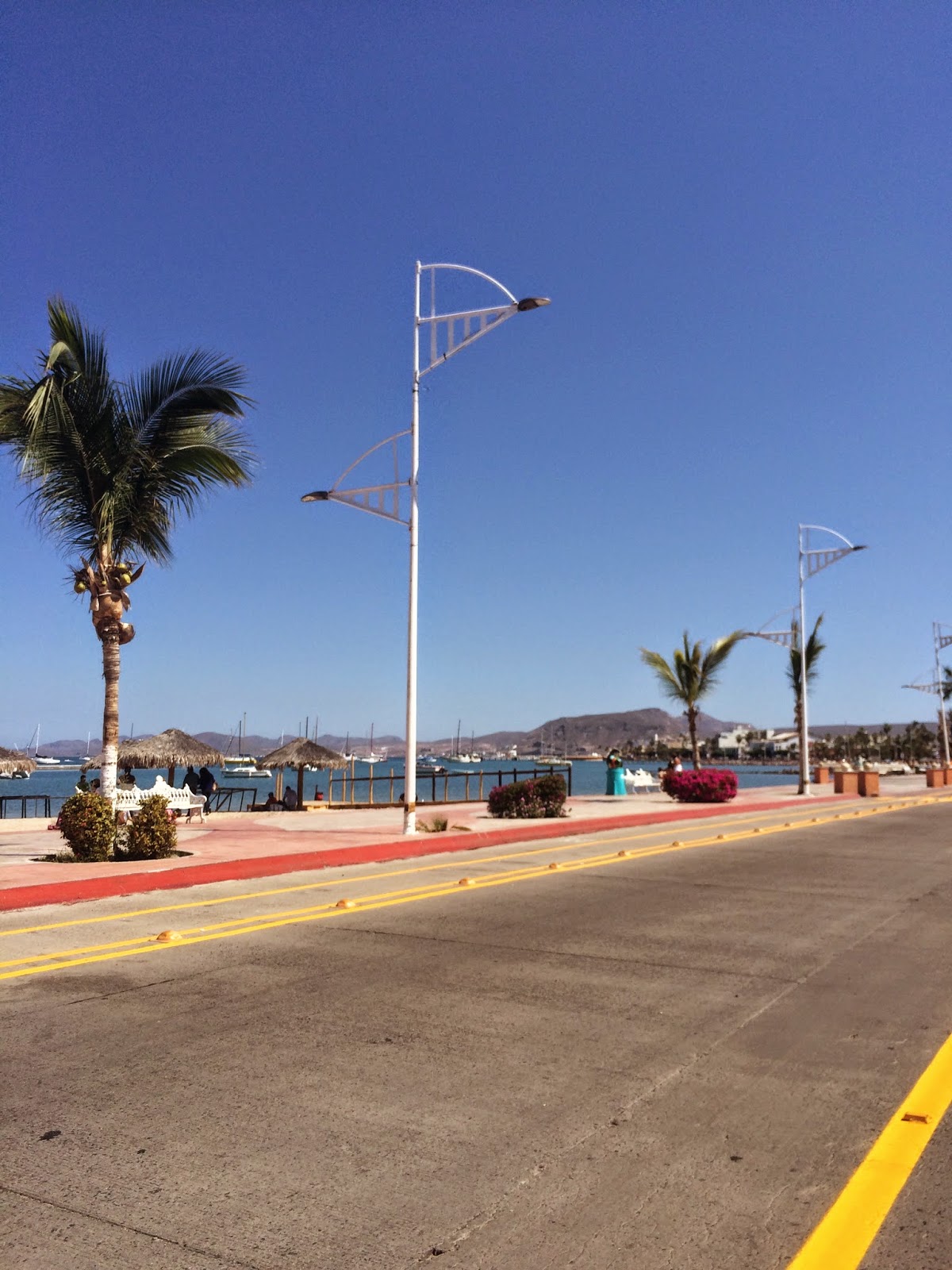 Unlike 99% of the races, this one was set to start at 3pm...about the time I usually crave a nap in my day:) Joking aside, I was looking forward to this start time as it meant it'd be warmer, and it was something new and thus exciting. The only issue was making sure I ate very simply the whole day so as not to start the race with stomach trouble. A reason for this late start (not that it's the sole reason but one I know of) is that it's the "Moonlight Triathlon" - the idea is you finish at sunset and then party.

Mid morning Friday I left Cabo. It's a gorgeous, desolate, 90min-tops drive along the Pacific Hwy 19 (which I train on regularly). Since hotel check in wasn't until later, I met some friends from Mexico City and Cuernavaca at their hotel, caught up over coffee and lunch, and at 3pm the race organizers set up the swim course for a recon. 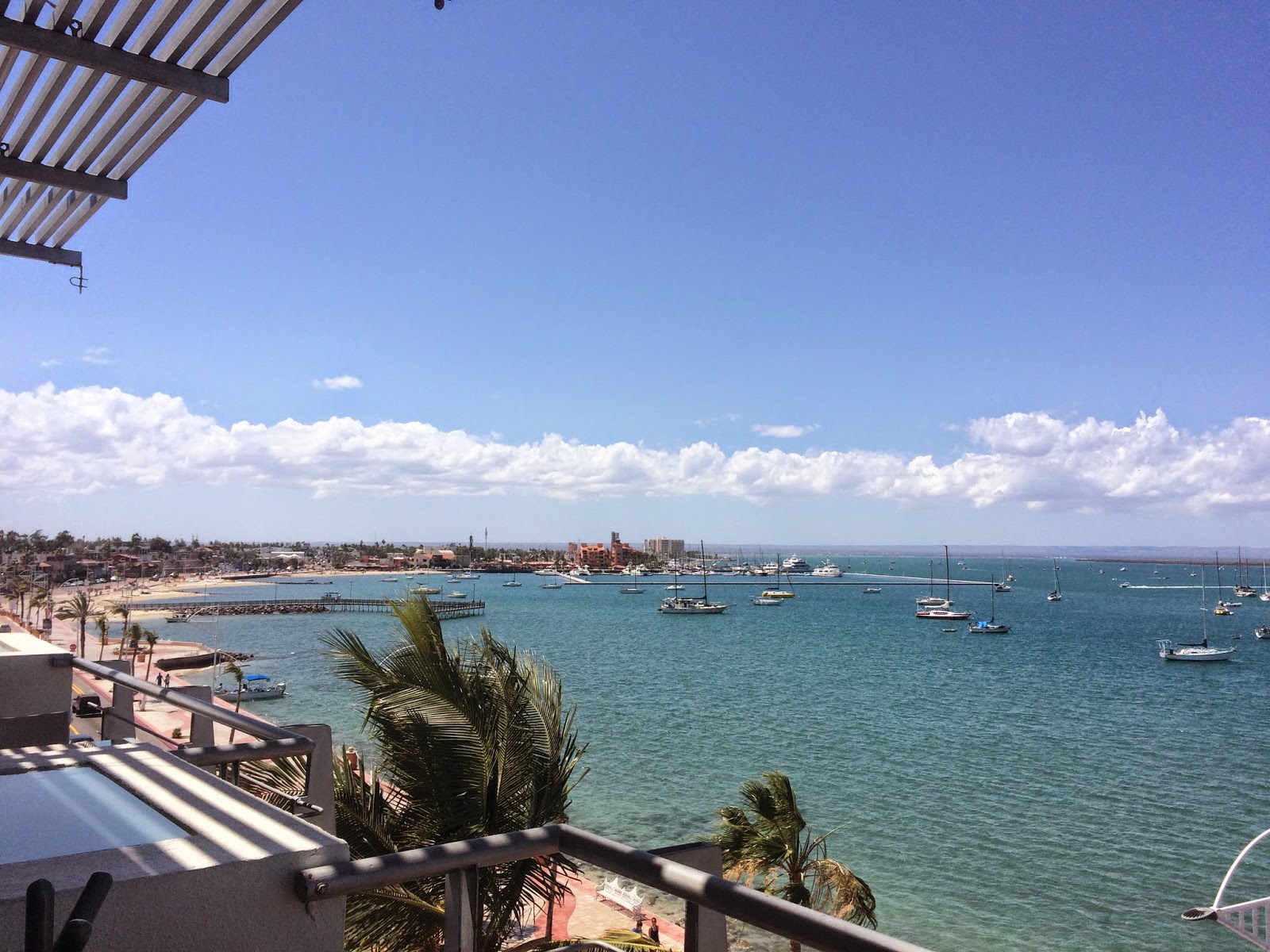 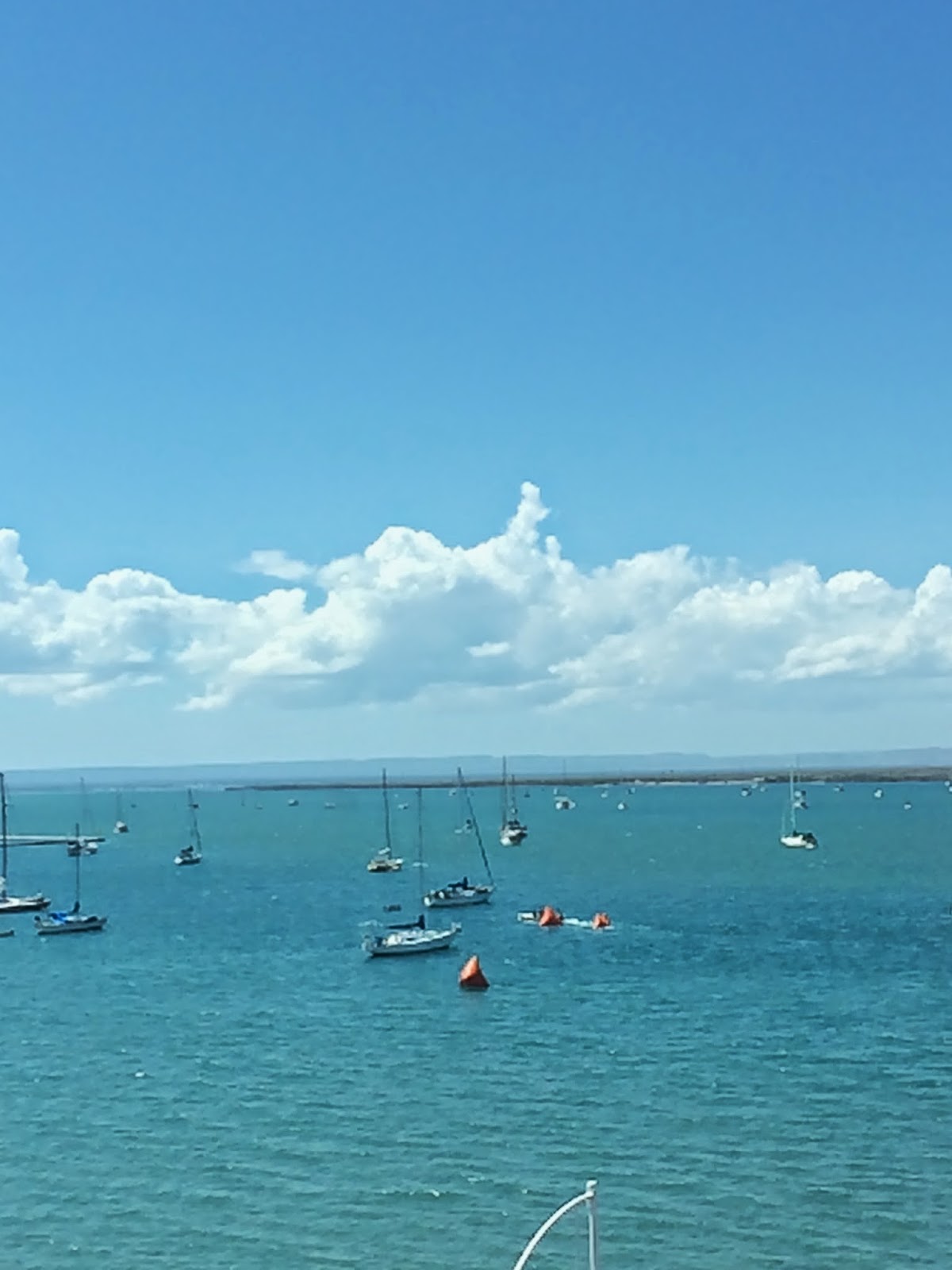 The wind was blowing pretty hard so the current and chop were gnarly- which I was stoked about! We swam the 1500m all against the current, and knew all the open water practice in Cabo and daily fun in the waves was going to pay off.

That afternoon I checked in the hotel and walked across the street to have an early dinner at a really cool new Mediterranean place, and then ended up accompanying a friend that had yet to eat, later that evening on the Malecon. It was great to get out there at night, walk a bit, and potentially stay up so as not to wake up at 6am Saturday and twiddle my thumbs waiting to race!! 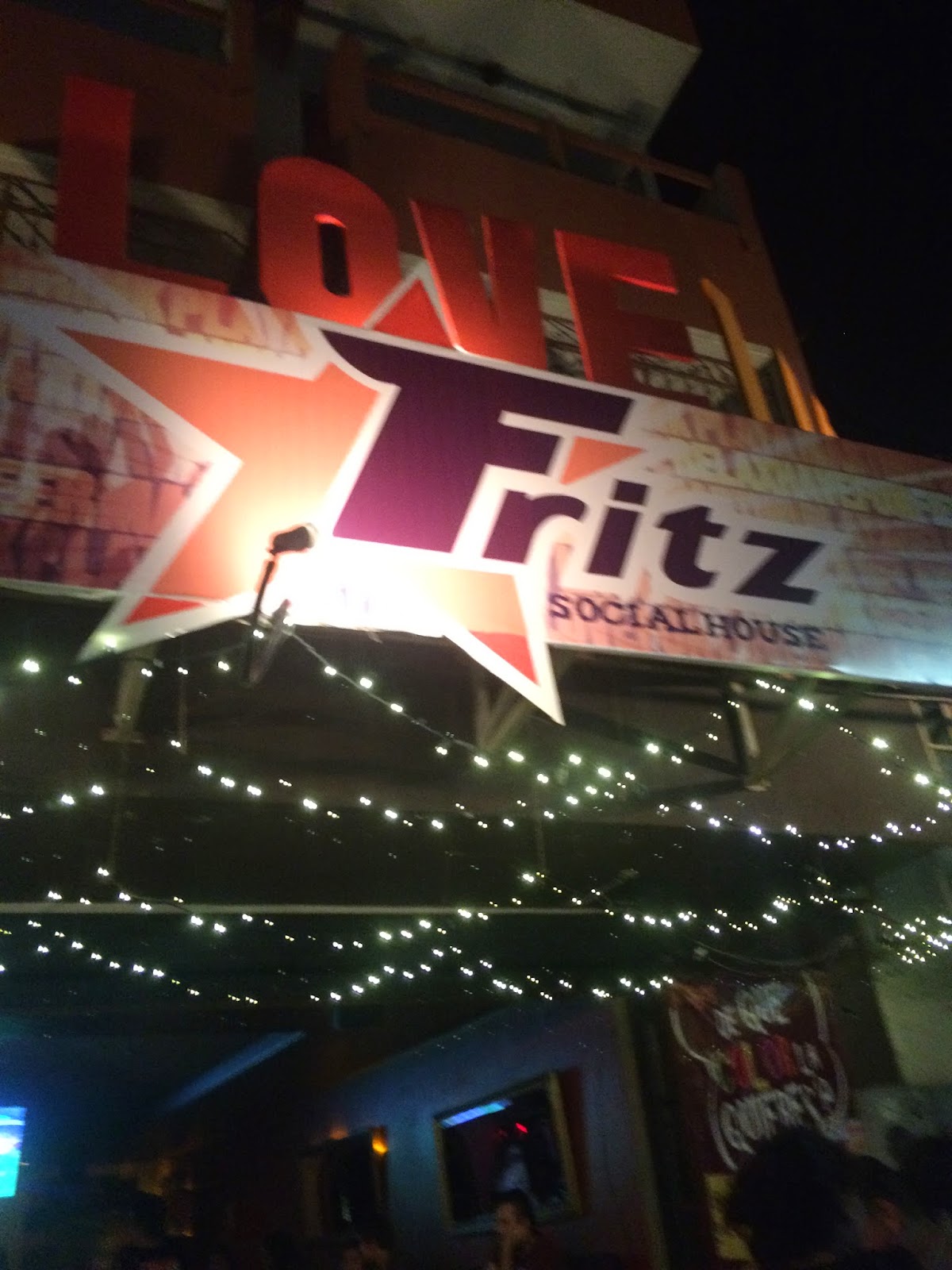 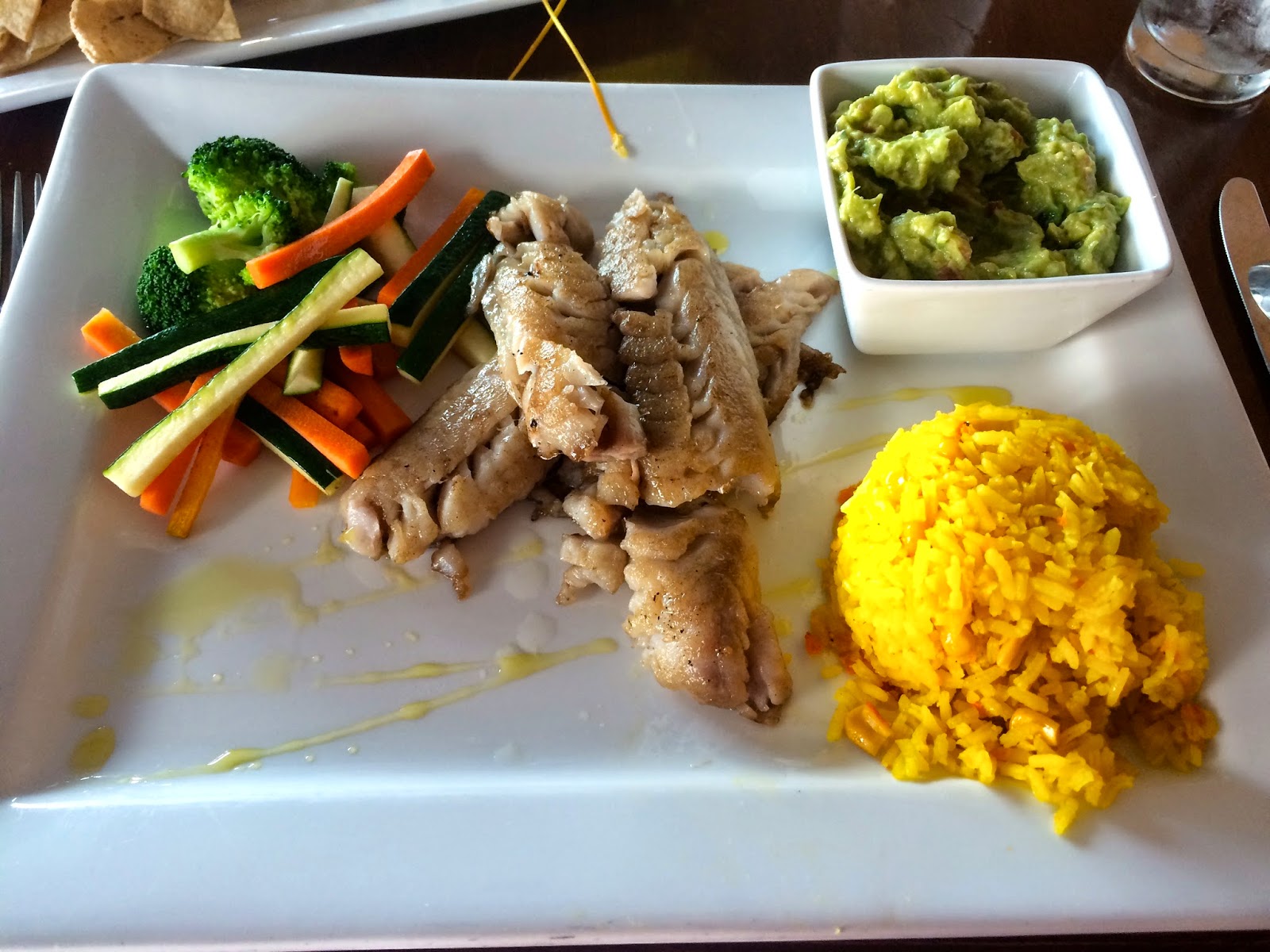 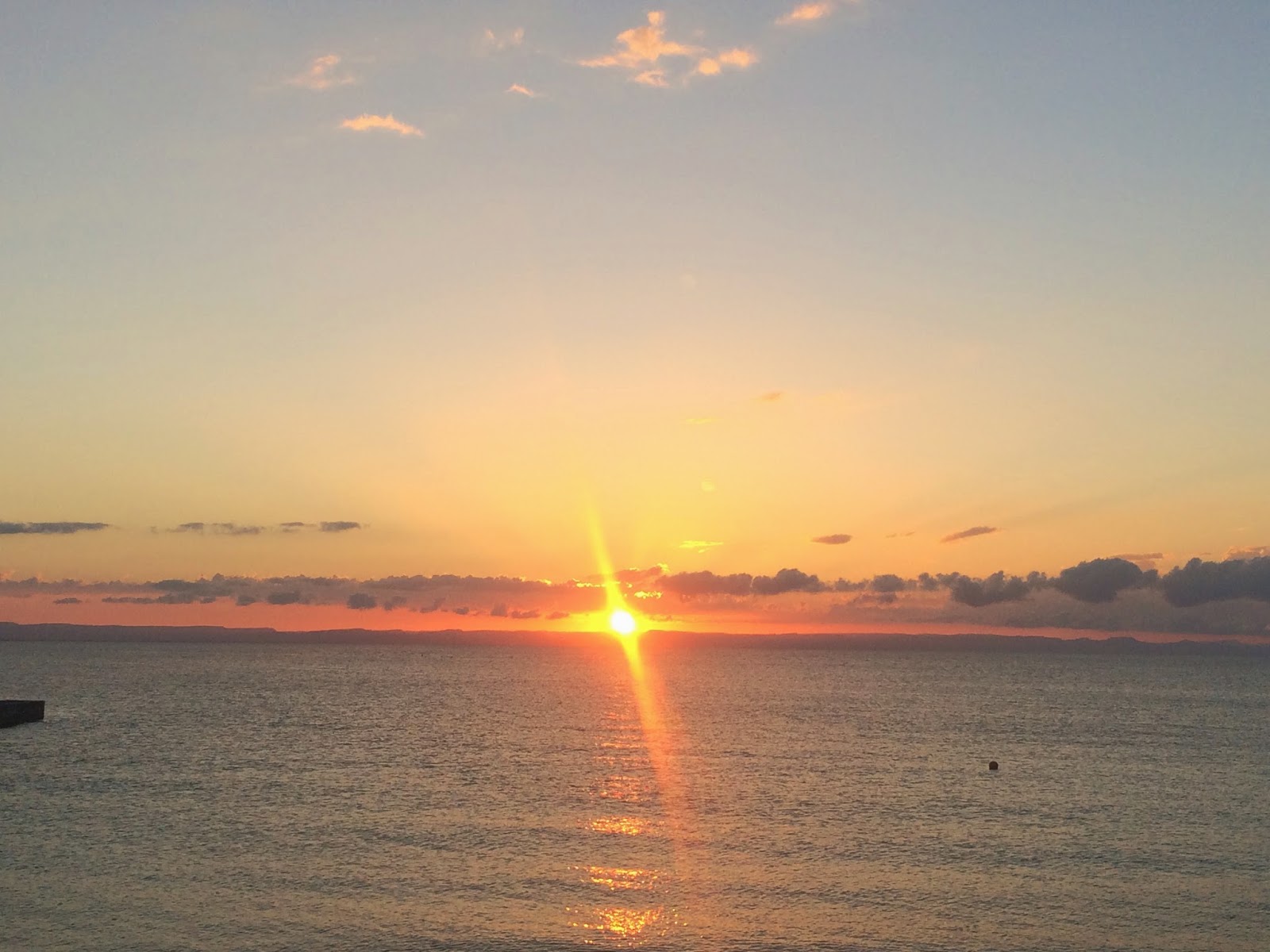 Saturday morning I did a little jog first thing, showered and ate a normal breakfast of eggs, coffee, juice, and potatoes...then spent the rest of the hours relaxing until bike check in. Afterwards, I just ate a Powerbar and Vega Sport Protein with water 2 hours before the start. It worked like magic!

Just like the day before, the wind, chop, and current were on their game! The sprint race which started from a different point and a couple hours later actually ended up pulling people out of the water because of the conditions. Many even called it quits voluntarily:(

All the women went off in one wave which was awesome because I hate guessing where I am until the results are posted!

I lined up on the far left- it was a running start- as I knew the current would push me right/toward the beach, and sure enough I sprinted to the front and caught the feet of the girl who was swimming in second position. After a few strokes i decided to pass her and try to bridge up to the lead swimmer who I could see well within reach. Ultimately I couldn't latch on to her but dropped the other girl so ended up swimming solo in second a few meters back from first all the way to the exit. 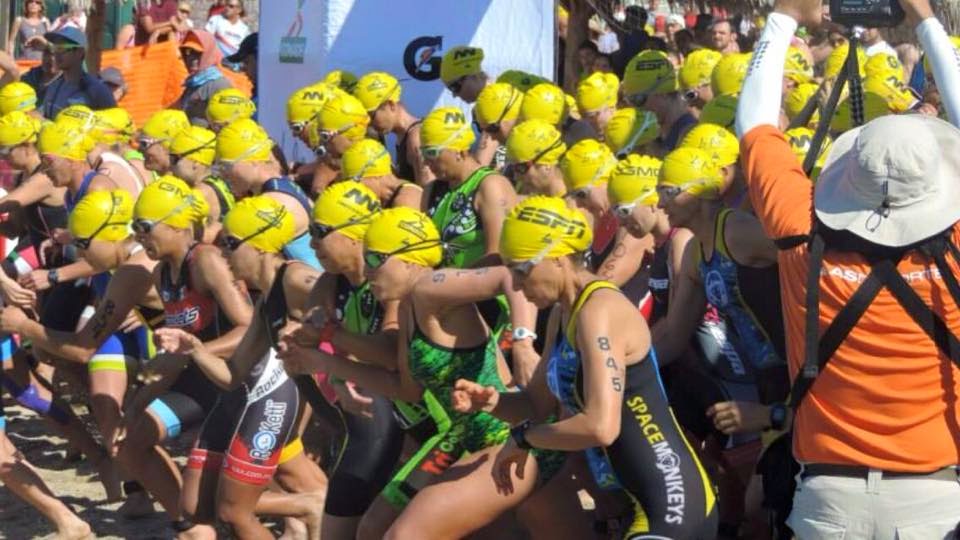 We got out with a good lead on the rest of the women, and here commenced my T1 sh*t show haha...
supposedly ITU rules state that if it's non wetsuit, then whatever you swim with you must bike and run with. Therefore, if I chose to wear my TYR swim skin over my two piece tri kit, I'd have to keep it on the whole race- what?! Umm NO!

So I swam with a bathing suit and put on tri shorts in T1 to prevent chaffing ;) Well that took a bit of time, as it frustratingly does when you're wet. I also love my road shoes so I took the time to put those on and hop on my bike leisurely, ha. It was good as at least I calmed the HR through that locker room scenario.

Onto the bike I caught the lead girl at about 5km in, and continued to lead the race from then on. The bike was STUNNING!! It's the absolute most awesome bike course I've ridden. Rolling hills along some of the world's most incredible beaches with the opposing desert landscape just taking your breath away (no pun intended).

The bike leg was fabulous- my new Dimond is a rocket! I've never felt so stealth on the bike before- and was just having a ball! 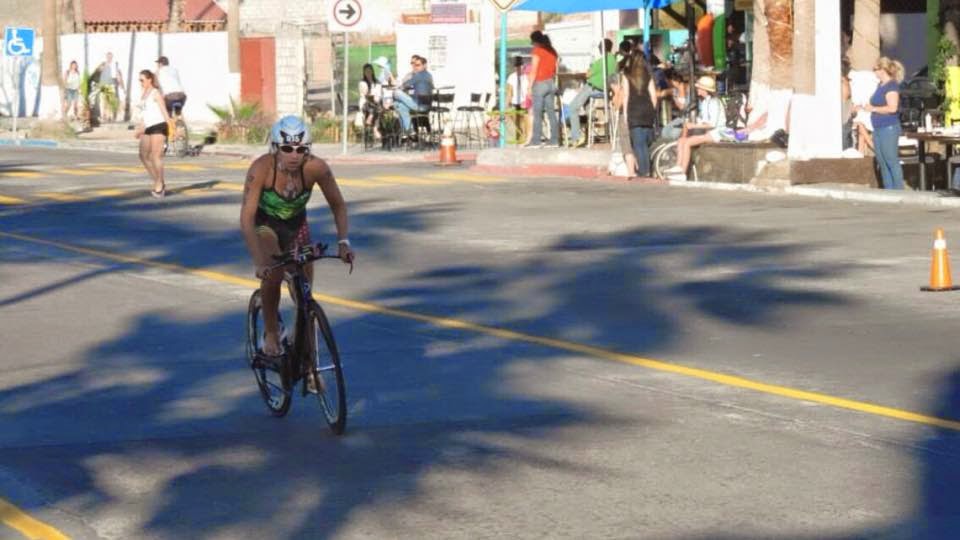 As for the back pain, an ortho doc friend that was racing too kineseo taped it, and placebo or not it helped tons! I did feel it lock up at times and I'd just soft pedal a few seconds until it relaxed. The only thing I can do now that's non invasive is aggressively tackle the core work before the 70.3 events coming up to make sure the little hiccups don't completely ruin my race like in the past. 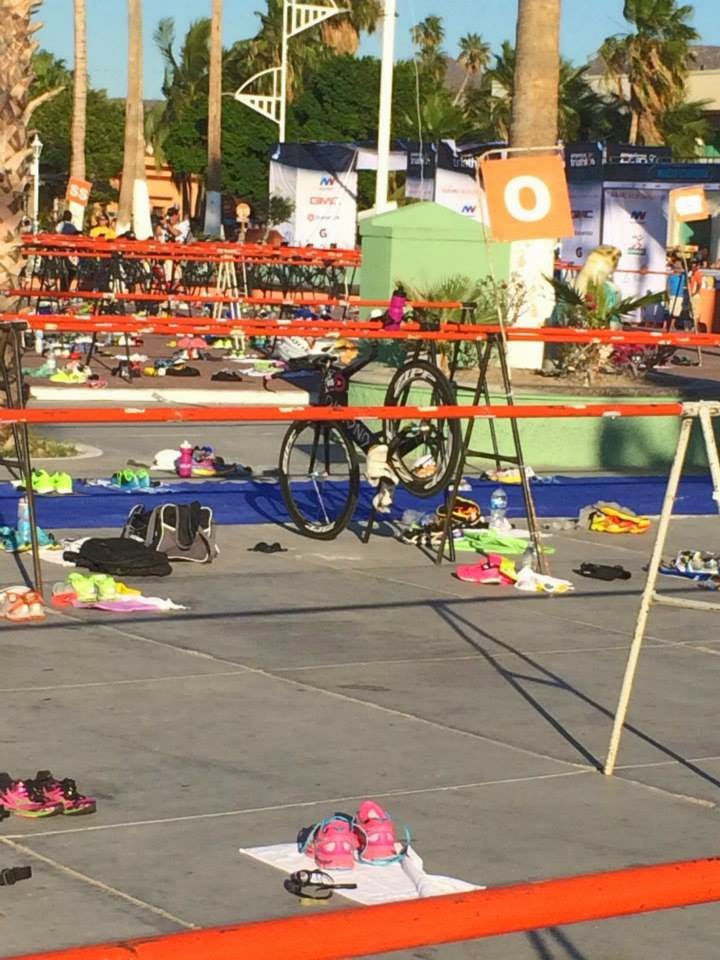 Anyway...onto T2, and then started the run feeling great minus a bit of air trapped - you know when it's like cramping, and you just have to hope you burp and it settles. Well luckily at about 2km it did, and I continued on a decent pace, feeling better each km to the finish. I didn't run a spectacular time, but had a clear lead and no need to completely gas myself. At the last turn around toward the finish, however, I saw a girl (who ended up running like the second fastest split, men or women) pretty close to me and picked it up to make sure she didn't catch up. She finished only about a min behind me- making up a ton of time with that awesome run.

I can't describe how happy I was to cross that finish line with little physical issues, and just overwhelmed realizing how much I enjoy this sport and how beautiful that course is. After 2 years of not racing I was chomping at the bit!! Winning was just icing on the cake.

At night we enjoyed the awards party, beers and food, and it almost felt like Ironman with the late finish except I could actually keep food down and walk:) 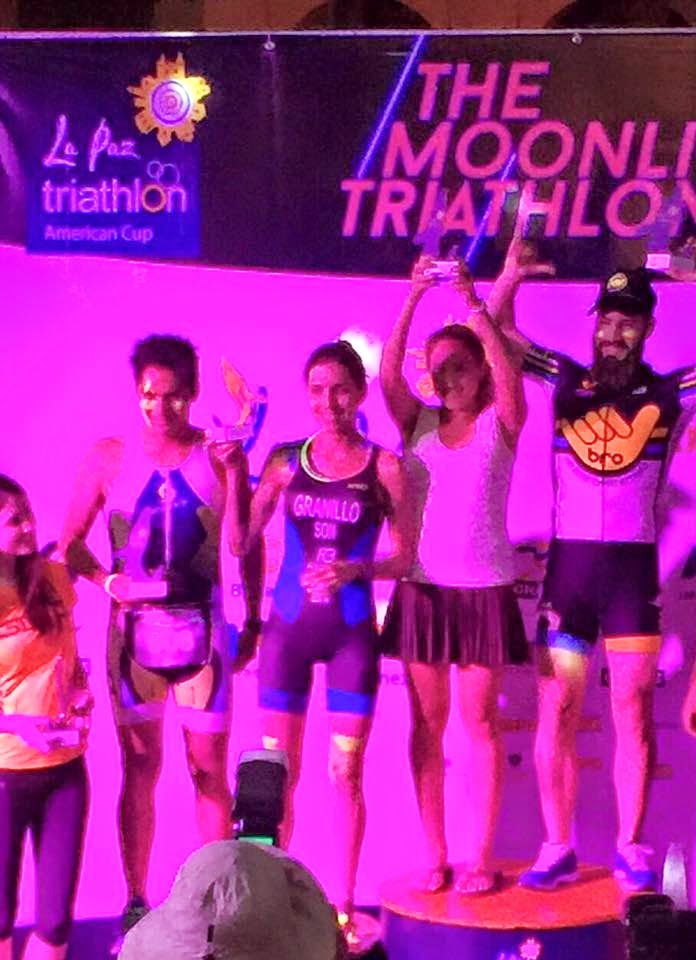 Sunday morning after breakfast a friend from Cabo and I check out and decided to head to Balandra and Tecolote- the most renowned beaches (where the bike turned around) and relax a bit and grab lunch before driving back home. It felt like I was on LOST and really just wanted to pitch a tent and stay a few days. 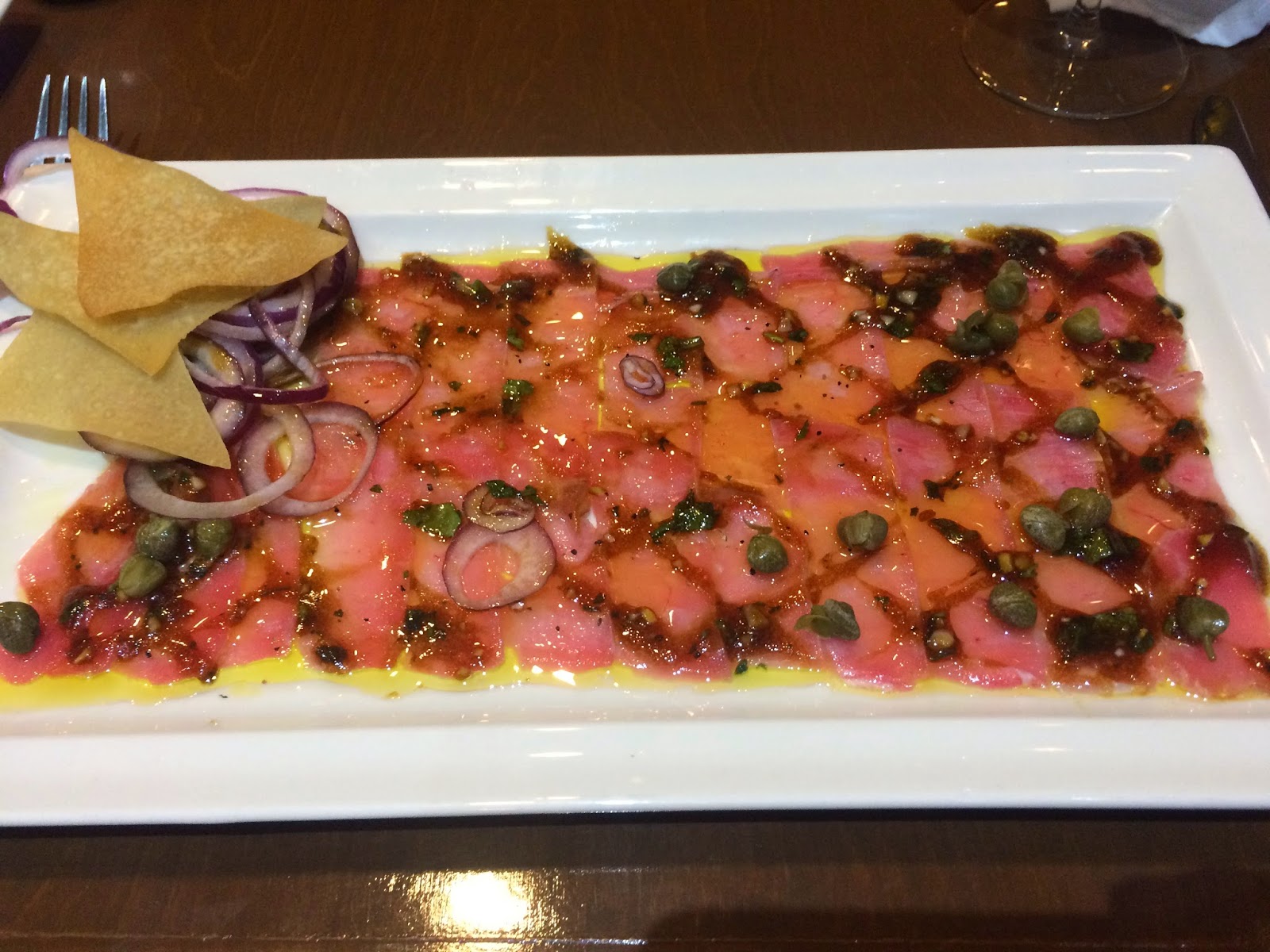 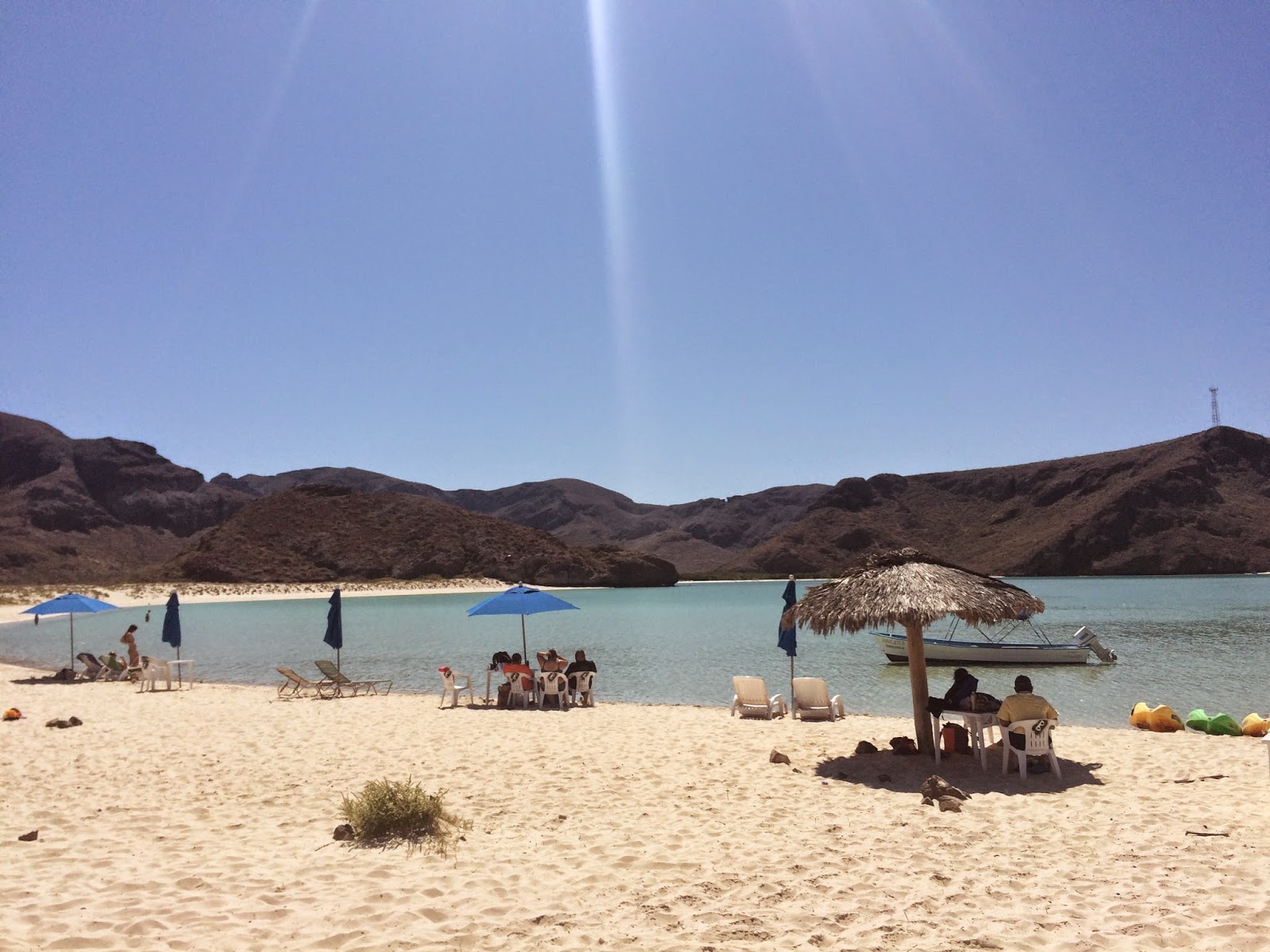 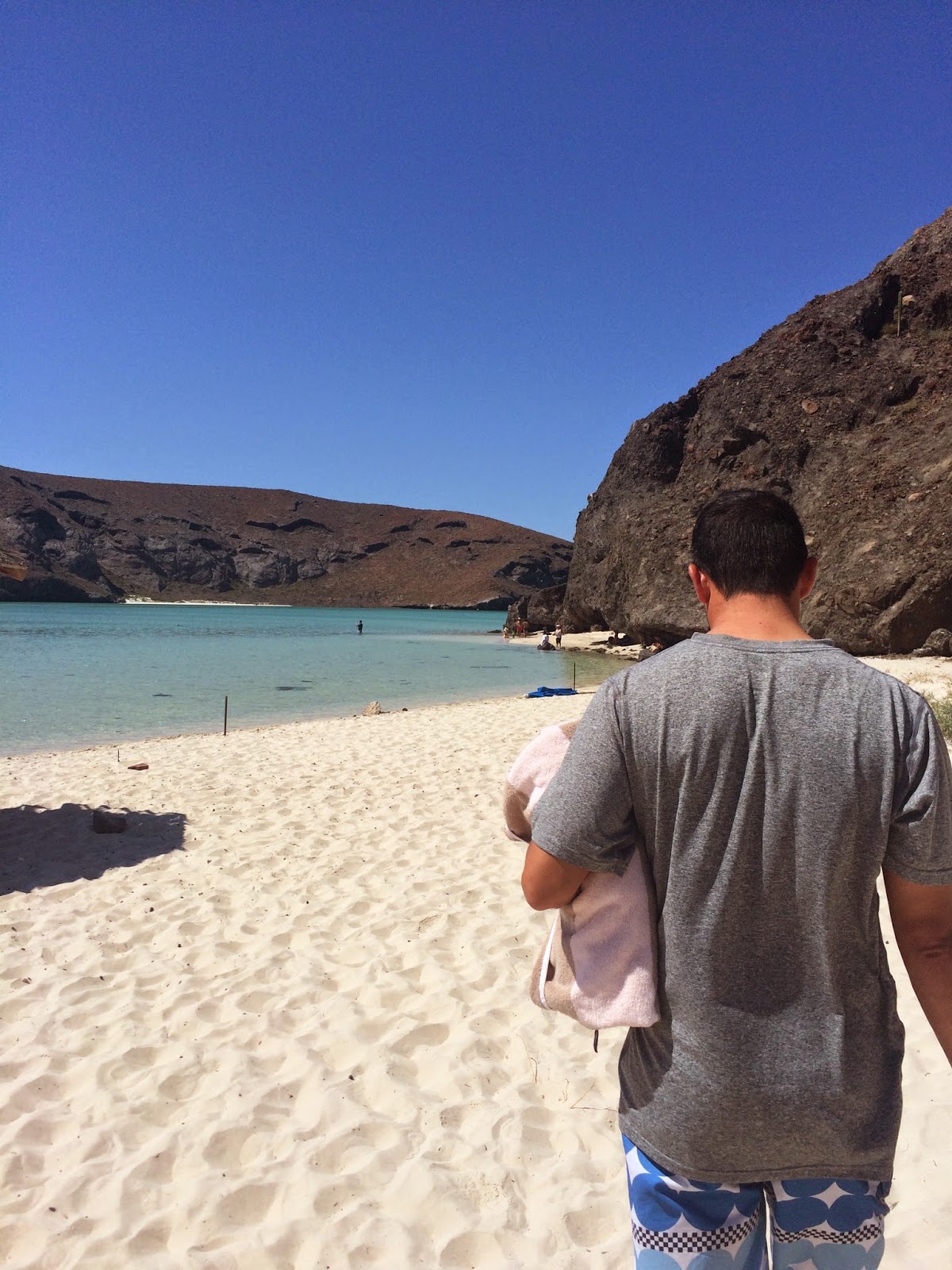 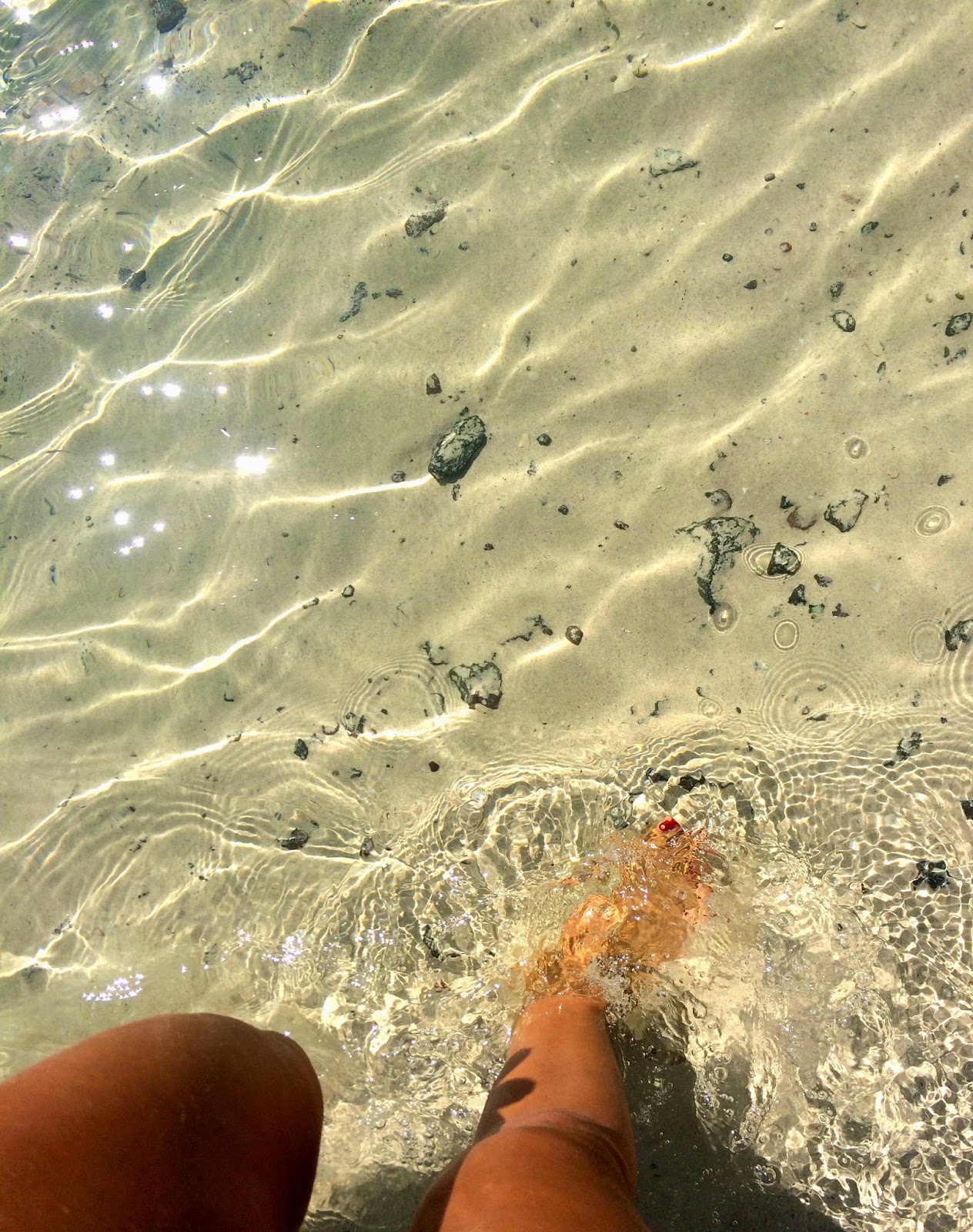 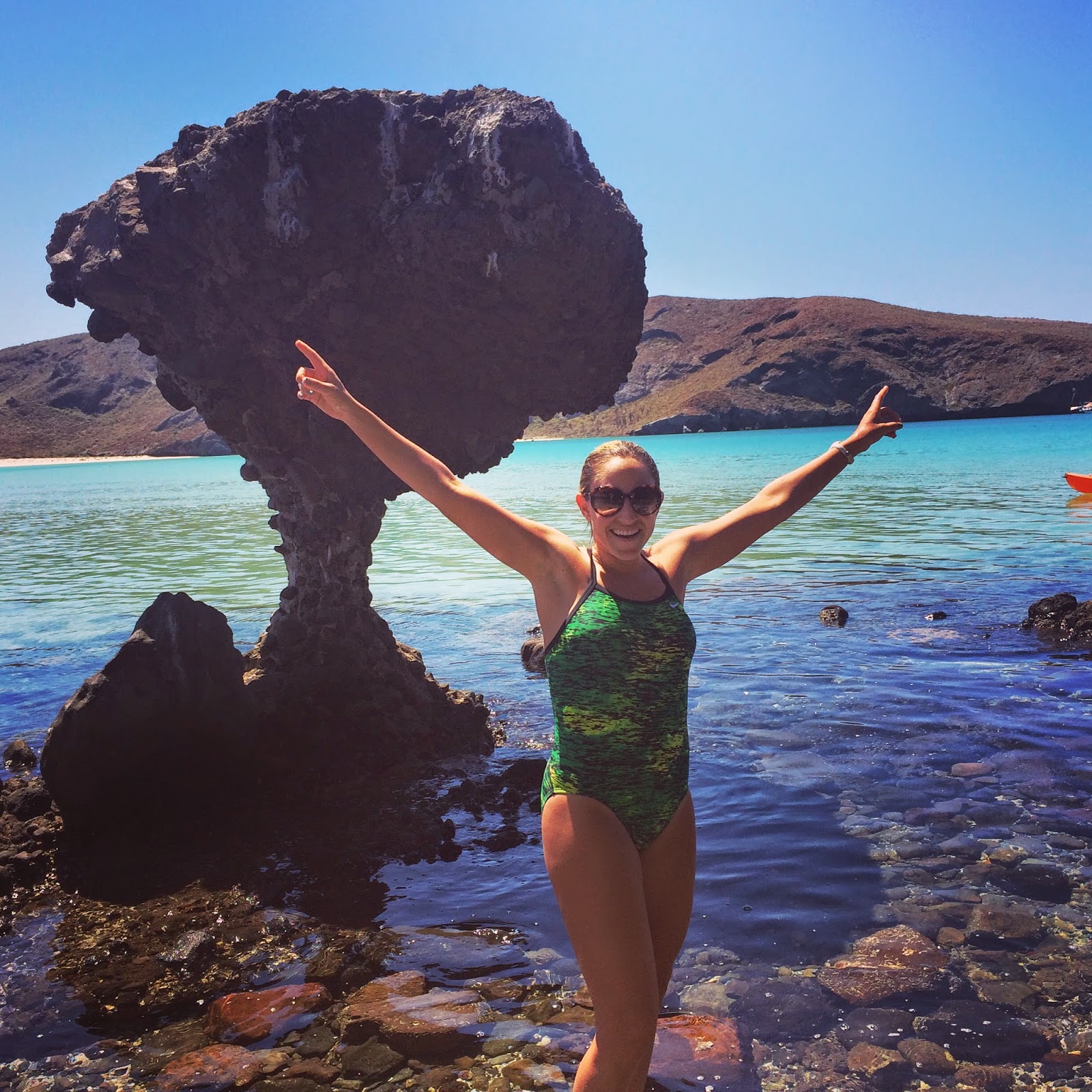 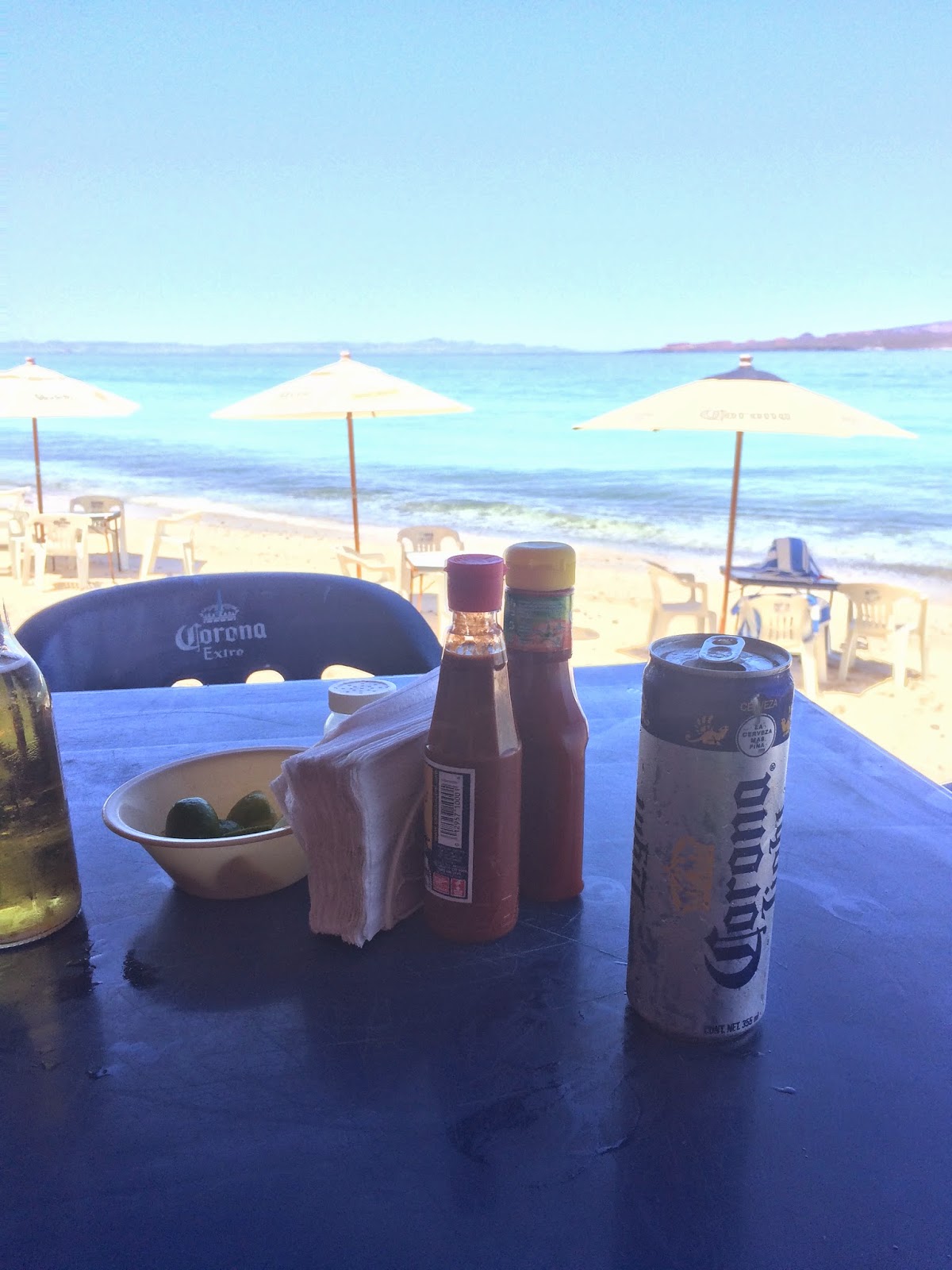 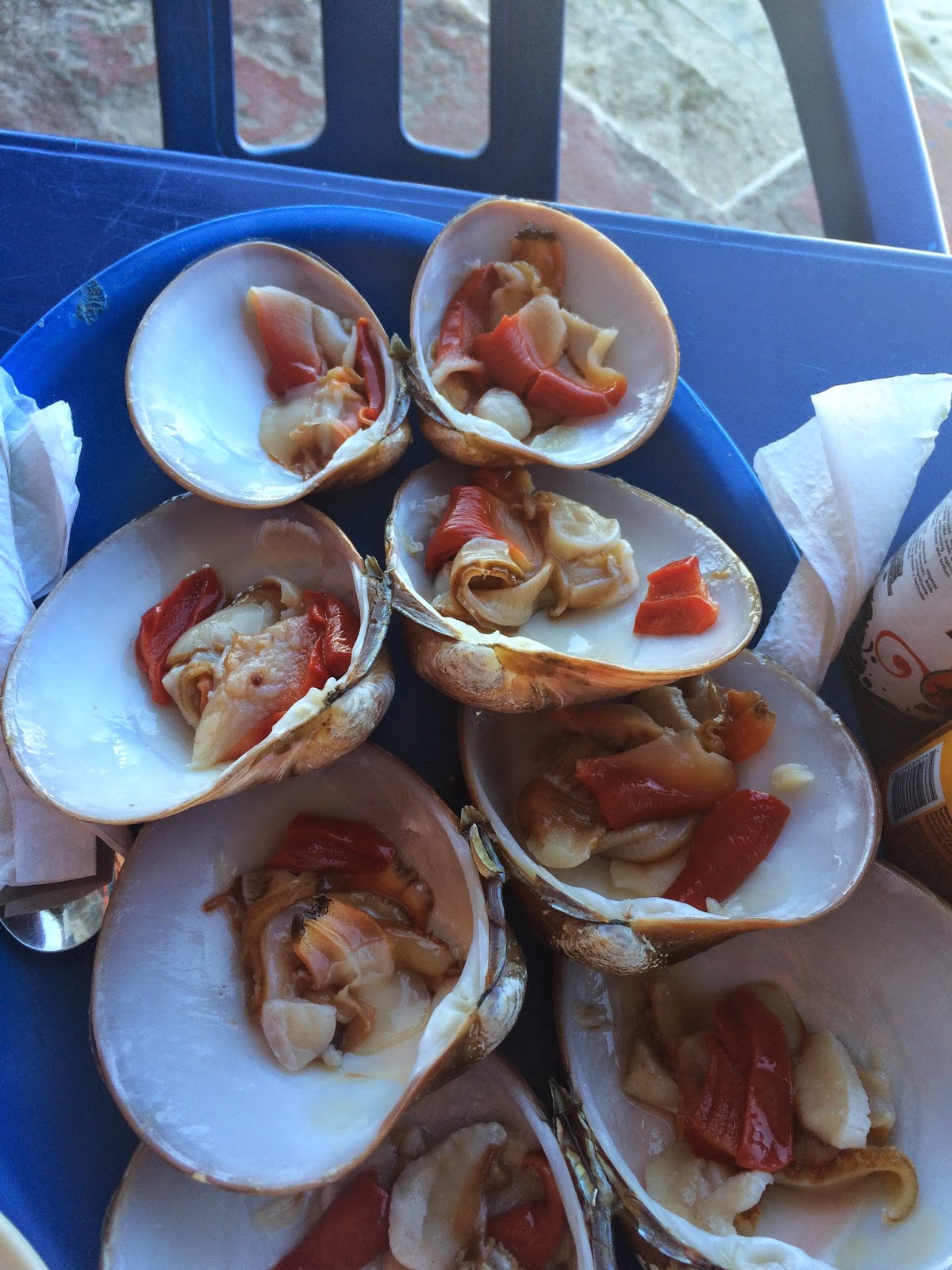 Now home, Chicago ticket in hand, and with 4 weeks until Galveston 70.3 I have some serious work to do to qualify for Austria Worlds. I feel privileged to be able to train and race- something I can't deny taking for granted many years.

We're fools if we do things the same way expecting different results, right?

Fast forward to now- I'm attempting a return to triathlon but this time with a different perspective and cause.

For one, I've come to terms with the low back situation and see it as a "dare" to manage it through a whole season by successfully getting to the finish line at each event without having to sacrifice performance.

Secondly, being on the SMASH/DIMOND women's team has renewed my sense of purpose and reach, in terms of being able to inspire others, by belonging to something bigger than myself. I feel accountable to these women and what we stand for, as well as all the people and companies supporting the team.

Finally, as part of TriCabo and TriCaboKidz, I want to be a role model for the triathlon school of Cabo and to walk the talk of sport development in Baja Sur.

I guess on top of all of this, is also the weird sense that if keys from the Universe keep showing up at my fingertips to hold steady on the triathlon road, it must mean I shouldn't give up! Not a believer in coincidence, I think when obstacles are thrown at us, and walls block us even from what we (*think*) want most in life, we have to take it with a grain of salt and accept that we are meant to be on a different journey.

For some odd reason, the triathlon train still reserves my seat! So I've decided to hop on board again.

I don't have a clue how I'll fare this weekend at the La Paz Olympic, or Galveston 70.3 in April, and I've now committed to raising money for Hawaii 70.3 May 30th...but I do know that I'm in shape, healthy, and ready to leave the back pain and results to fate. The daily process of and interaction with other athletes in this crazy sport is what makes me happy.

That said, I know that if I am to race on the Big Island again, it has to be for something other than myself, so when a friend mentioned Hawaii 70.3 and I curiously looked at the site the "entry for charity" stood right out.

The sense of training and racing for kids in need is far more motivating and fulfilling than for any podium spot or qualifying time.

The Children's Tumor Foundation asks for a minimum of $3000 dls by May 1st for the charity entry and it would mean a lot to me to have your support.