It's hard to believe we're halfway through 2013 already! I'd like to re-do the last 5 weeks if possible. Since my announcement to take a mental and physical break from being a “full time” triathlete, a whirlwind of stuff has happened- some really fun and cool, some not so much.

I actually continued training quite consistently and was having a blast because suddenly I had lifted a backpack full of pressure from myself that I would have denied ever having. Letting go made me realize how much I forced upon myself and how much misery that added to my workouts. When I finally didn’t care, I was able to, for the first time, actually “coach” myself and let my body tell me what to do. Before, when I had tried that, I was never really listening because my mind would take over with “they’re out there working harder”, “you have to prove yourself”, “you have to get on the podium”, “you’re a winner” …blah blah blah. In the end, I found out no one cared but me. Heck, I pretty much left all my sponsors behind in the elite amateur world when I turned pro, anyways.


So come mid May I was excited to take a trip to Hawaii 70.3 with 3 girlfriends and spend a week after the race in town doing my favorite things like swimming at the pier and grabbing some acai at Basik. I was even excited about my potential performance because that race has always kicked my a** and this time I was feeling renewed, fit, and with absolutely nothing to lose and all fun to be had. 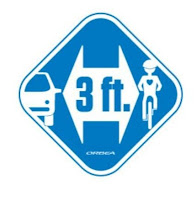 3 weeks out, I agreed to help my friend Chris, who works for Orbea, at the Tour of California; spreading the word on the “Respect Campaign” which addresses the 3ft rule between cyclist and motor vehicles. It was the perfect thing to do because Chris, Heather (another girl that does tri and rides for Orbea that helped out too), & I are all athletes so we’d be sure to squeeze in a few runs and swims along the way. 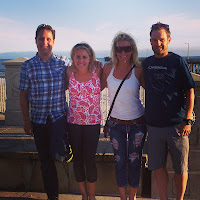 The experience was awesome! I’d never really hung out around pro cyclists, or followed the sport in general(shocker?), but I figured they’d be geeky-obsessed like a triathlete to the power of 10. On the contrary, they’re the most chill, normal people who just happen to ride bikes incredibly fast! We got to meet a few guys from the Orbea Optum Team and the United Health Care Team and they were all super nice. 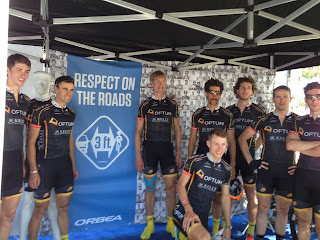 We went all the way from Day 1 in Escondido to Day 5 in Avila Beach- and met some really cool people in the cycling/endurance world. Not to mention, Chris & Orbea really treated us as if they were working for us, not the other way around. 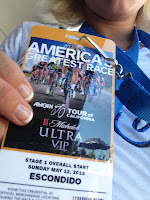 We stayed at some great places, ate some amazing food, and managed to throw back quite a few drinks some nights. 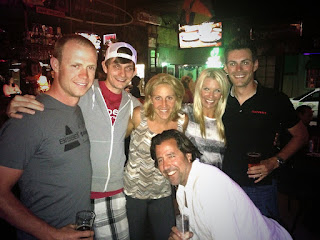 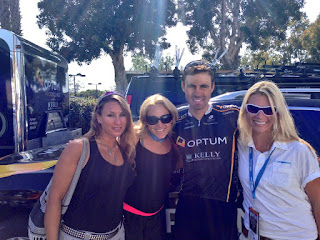 Once we got back, all I planned to do was pick up my brother from the airport and get in one solid week of training with him and then taper and leave for Honu.
WRONG.

I woke up on our last day on the Tour with a sore throat. But thinking it was just a late night and all the days on the road, the next day I had a genious idea to sign up for the Encinitas Triathlon. When I woke up feeling like crap, I still drove down and lined up at the start. The waves were massive. Okay maybe not massive, but big enough that I couldn't break through and did the shameless, not shameless, walk back up the beach to switch to the duathlon. Now I was soaking wet and waiting an hour for the du. By then the cold was taking over. I did the 30min 1mi beach run, 6mi bike, 2k run, feeling like my head was in a panini press.

Suprise surprise...I got a 10 day cold, got Daniel sick, got better for a few days, then came down with strep throat on Monday and am now on day 3 of antibiotics. SO MUCH FUN.
I missed Honu, and today jumped back on the bike and it was ugly. I’m bummed but not completely torn. On the plus side, I got to spend an extra week with my brother, and took him to Santa Barbara (the few days we both felt okay after the cold), and my back feels surprisingly good. Santa Barbara with my brother was yet another sprinkle of proof that everything happens for a reason. I've been dying to show him that part of Cali as it's one of my dream places to live. We stayed two days at this cute little hotel by the ocean on Cabrillo St., walked around State Street stopping in for some fantastic food at Pierre La Fond Wine Bistro, and got in a run on the SBCC track/stadium stairs followed by a swim at the awesome Los Banos 50m pool! 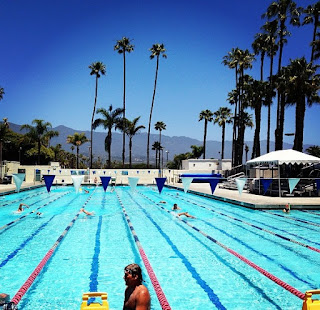 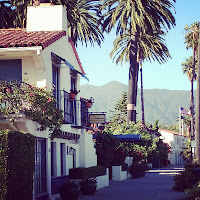 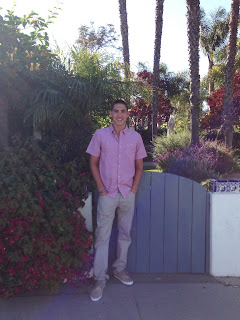 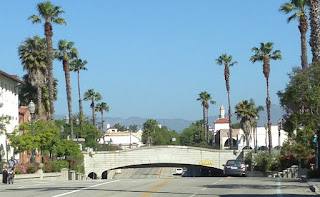 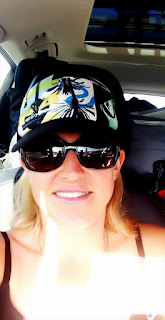 Not to mention, I’m now crawling out of my skin to get in shape. It’s one thing to take a break from training and racing like an elite athlete but it’s entirely different to be bed ridden sick and then not be able to climb a hill without gasping desperately for air. In this sick adventure, I gave up coffee- yay, go me! I am emptying the aisles of green tea though. I also realized I have no time or races left that fit my travel/work schedule until late October so I’ll try to race Austin 70.3 and in the meantime have a ball getting in shape.
This is day one of training to wear a bikini righteously :)