We fine tune who we are by filtering out what we are not....

It's been almost a year since my last post, and so many life changes, adventures, races, new friends, old friends, highs and lows....I kept wanting to post an update, but it just seemed overwhelming at times.

Now I feel there's been such a delay that it can be easily summarized...

You may or may not know, I moved to Mexico City for a few months last year (what I thought would be at least a couple years- figuring if I really couldn't stand the city at least I'd land a solid, decent paying, job that could grant me "experience" and eventually justify a work visa back to the US).

I spent 3 months on countless interviews- some for really exciting opportunities, others not so much. Regardless, the salaries and hours were akin to selling my soul. No thanks. Add in the traffic, the pollution, and just the every day hurdles of a city like that and I realized day by day that the simple, and at times too-peaceful, life in Cabo was beginning to resemble UTOPIA.

Eventually, I did get an offer and was one day away from signing the dotted line- but felt like I was betraying my entire self in doing so.

In addition to a personal issue, the decision to honor what I value in life and of myself, had me packing my bags quicker than when we got hit by Hurricane Odile lol, and back to Baja I went :)

Despite the harsh realities on the career front, I had an AMAZINGGGG time racing and traveling all over mainland Mexico and truly did come to appreciate the many things Mexico City has to offer. It will always be a place I enjoy returning to for brief periods at a time. 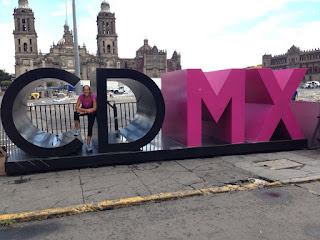 It was an experience that I had to live, and do not regret for even a second. That city had taunted me for many years, and I feel it was inevitable that one day I'd try it out.

Most of the traveling last year was (surprise!) to triathlons, and that was another silver lining- getting to check off all the races that when living in Cabo are just too far to go to all in one season! 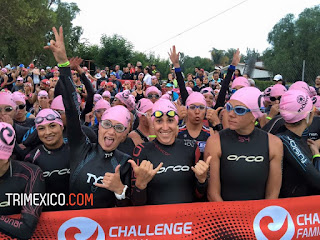 Throughout all that Olympic/draft legal racing, my back pain started to subside, and my stubborn AF little voice inside started to wonder ... "can I make a comeback?...."

Naturally, the second I landed back in Cabo, equipped with some altitude training and "race weight" by default haha, I wasted no time in laying out my goals for 2017.

It helped that I had already singed up for our inaugural Los Cabos Marathon, which took place end of January. To add to the fun, a few killer athletes had recently moved to Cabo and so the perfect training bubble was in place! 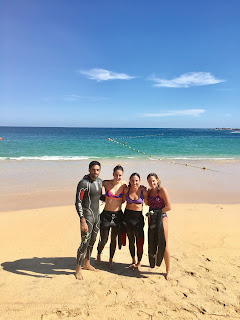 The marathon went well- it was a super gnarly course, all along the hotel corridor, with relentless climbs and downhills that just crushed the quads. But the trail running prep for the marathon plus the race itself, formed an excellent base for the year. 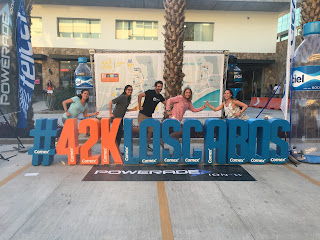 I kicked off the season at the La Paz Olympic- which is one of the best, most beautiful, races out there. I placed first in the AG, and 2nd OA behind by new training partner, and stud, Cibelle. 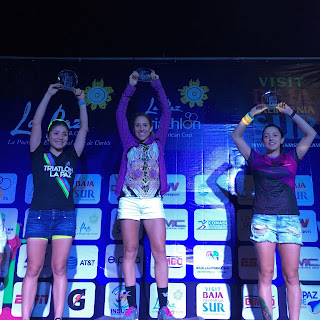 After that the focus was on Ironman Texas to qualify for Kona. It was a race I'd mulled over registering for or not all winter, but went for it just shy of 2 months out, because it seemed far enough to get in good form, but close enough that I had no time to lose motivation, or get overtrained for.

I did manage a mountain bike injury and a nasty head cold (of course!). Nonetheless, come April 22, the hunger to race was at its peak, and I was thrilled with the result. It landed me one spot and a few minutes short of the 3rd Hawaii slot for the 30-34, but to pull off a 10:15 feeling solid was enough to keep me pushing forward. Either way 70.3 Worlds was still on tap. 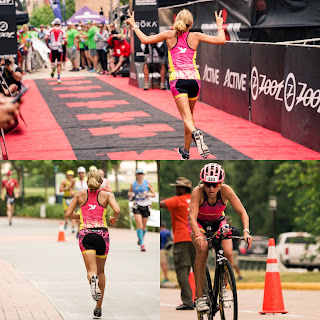 In less than 48 hours I signed up for Boulder, and that brings us to today!

There are no expectations for Boulder other than to bust my A** for that Kona slot. The body feels good, the inner demons are being quiet, and so it really boils down to controlling what's in my hands, and accepting what's not.

Ironman is an incredible metaphor for life- all you can do is show up, give your best effort, and let the chips fall where they may.

See ya'll June 11, in CO. Thank you to my family, friends, supporters from all over that I have never even met, but ya'll reach out (it means so much!), my new coach, and some very exciting new sponsors!!!