ANYTHING Really is Possible

Up to now, that Ironman slogan hadn't meant much to me other than a motivating marketing quote from a company who's races I participated in. From my first Ironman in 2007, it had been something that was easily possible because all it took was logging in the long miles and staying headstrong- so that even with a massive breakdown in pace on the marathon, I could stagger to the finish line.

That possibility was *completely* taken away in 2012 when I DNF'ed Ironman Louisville after getting off the bike with over 60 miles of locking back pain and gathering my thoughts and strength in the porta potty of T2 barely able to stand, and seeing if I had the courage to open that door and take on the run course.

Save dignity, I made it past the first couple miles of crowds cheering "you can do it!"- and I furiously thought, "no, I can't! This isn't about discomfort or a mental bonk- this is disastrous- one more step and my back will break,  type of pain!".

Soon I found a little building with a stair hallway I could hide in, cry myself a pity party, and then walk to turn in my chip.

3 years later, I still didn't think I'd see an Ironman finish EVER again. But my new life in Cabo was finally taking form after a few emotionally difficult years dealing with separating myself from triathlon, moving to an essentially new country despite my citizenship to it, and leaving behind family and friends to venture out entirely alone.

I'd found my purpose with people as passionate for sport as I, and was setting out on making my life work tie in directly with what I love to do most- be active, healthy, and help out the greater community thorough this lifestyle.

With this excitement, triathlon entered again in a new light: as a way to stand for the athletic movement in Cabo, be an example to the local kids, and travel and seek out new adventures and experiences.

As driven as I was for Ironman Cozumel, there was an undeniable amount of nervousness of can I really even finish?! I told my coach that I didn't really grasp what I had achieved in my younger years in Ironman until now- that youthful fearlessness was such a weapon!

It comes down to this- remove fear from your mind and you can do absolutely anything.

Coach P eased my mind the night before saying this was just a long day- a picnic for the steady and strong. Just be a machine, and don't overthink it. This was my comfort zone and I just needed to trust that my body knew exactly what to do.

The race unfolded as follows...

Thursday morning, I woke up after a series of naps resulting from food poisoning (which tends to plague me before a big race), and continued hugging the toilet until I literally would miss my flight if I stalled any longer. I debated dragging the luggage into my car and going at all- when you feel deathly ill even something that important to you and which you've worked so hard for, seems meaningless at the time.

I'm glad I summoned up the energy to get my butt in the car, as I'd regret if massively if I'd chosen to stay and victimize myself.

Once in Cozumel my aunt picked me up and took me to the best Thanksgiving dinner I've enjoyed in many years. Some American family had their grandmother in town and she followed recipes passed down from generations and it really was grandma's cooking that gave me back my strength.

Friday morning I got the packet, did a short ride, run, and swim to wake the system up and then rested until race morning as best I could.

Sunday came and I felt awesome. The swim start was rolling and I'd never experienced that in an Ironman before. Everything would have gone great with that method had they not chosen what seemed like a theatre prop for the ramp into the water.

With eager athletes that thing shook like it was undergoing an earthquake and as we quickly jumped into the water "one by one", too many of us unfortunately discovered the water was about 2-3ft deep and I started my Ironman day with two scraped knees and a jammed foot I was hoping would come back to life halfway through the swim.

The swim was uneventful- warm clear water typical of Cozumel, and a pace that at times seemed a bit too peaceful. My only regret was not jamming my way to the very very very front of that first corral and holding onto the front group of swimmers. I needed to exit the water with the girl that went on to win our age group.

Onto the bike- BEST RACE RIDE OF MY LIFE. Since a couple long rides in July and two more in September in TX I had not ridden over 4hrs. But the consistency of the year paid dividends!!

I felt I rode 80 miles. I didn't light a single match the whole bike ride and considering the winds this year were way tougher than previous times I've raced Cozumel, I rode better than I could've ever expected. 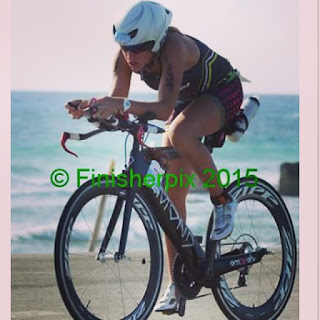 The run started out great- my legs felt good. But the back was stiff as nails the first 5k. I had way too many internal pleads to stop running and call it. But I just told myself to keep at it until it literally stops you in your tracks. 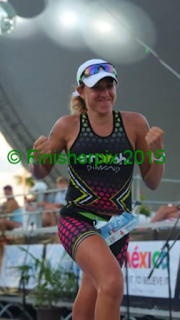 The run had its ups and downs. Loop 2 of three I felt the best but started cramping right before the third lap began. I upped the salt and came to- until mile 19. At that exact moment the lack of long runs slapped me in the face. It was a survival to the finish line.

This finish cost me much more those last miles physically, than any other Ironman I've done. But the elation from realizing I was about to actually finish an Ironman when a couple months ago I still swore it would never happen was too much and I broke down in tears the last km.

I gave everything I had, and have no regrets. I trained what my mind, body, and life approach allowed and desired each day this year, and thus it was never daunting- it was one of the best years in sport, and a year that taught me so much not just as an athlete but as a person. 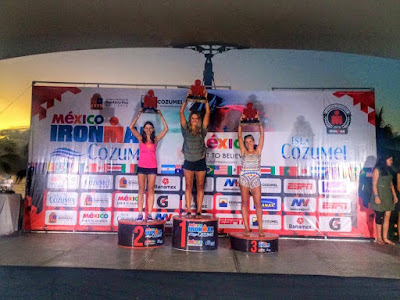 But if you know me- there's always the desire for more. I missed the Kona slot, and I want Kona. 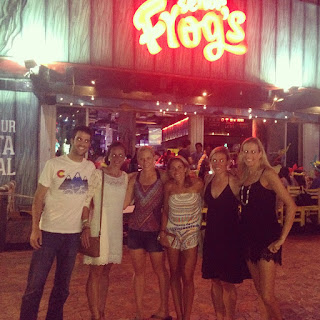